Michael F. Moore’s published translations range from twentieth-century classics—Agostino by Alberto Moravia and The Drowned and the Saved by Primo Levi—to contemporary novels. Moore is the former chair of the PEN/Heim Translation Fund and has a PhD in Italian from New York University. For many years he was also an interpreter at the United Nations and a full-time staff member of the Permanent Mission of Italy to the UN. 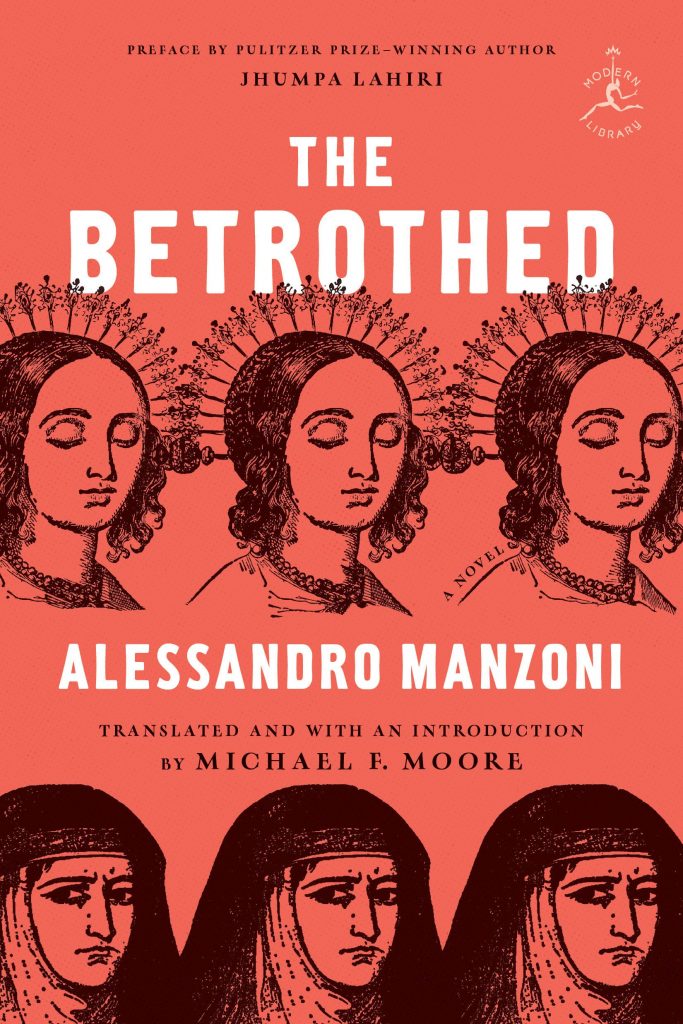 The timeless masterpiece from Alessandro Manzoni, the father of modern Italian literature, in the first new English-language translation in fifty years, hailed as “a landmark literary occasion” by Jhumpa Lahiri in her preface to the edition

The Betrothed is a cornerstone of Italian culture, language, and literature. Published in its final form in 1842, the novel has inspired generations of Italian readers and writers. Giuseppe Verdi composed his majestic Requiem Mass in honor of Manzoni. Italo Calvino called the novel “a classic that has never ceased shaping reality in Italy” while Umberto Eco praised its author as a “most subtle critic and analyst of languages.” The Betrothed has been celebrated by Primo Levi and Natalia Ginzburg, and is one of Pope Francis’s favorite books. But, until now, it has remained relatively unknown to English readers.

In the fall of 1628, two young lovers are forced to flee their village on the shores of Lake Como after a powerful lord prevents their marriage, plunging them into the maelstrom of history. Manzoni draws on actual people and events to create an unforgettable fresco of Italian life and society. In this greatest of historical novels, he takes the reader on a journey through the Spanish occupation of Milan, the ravages of war, class tensions, social injustice, religious faith, and a plague that devastates northern Italy. But within Manzoni’s epic tale, readers will also hear powerful echoes of our own day.