Lucy Sante was born in Verviers, Belgium, and is the author of seven books, her first being Low Life (FSG, 1991). Sante’s other books include Evidence, The Factory of Facts, Kill All Your Darlings, The Other Paris, Folk Photography, and, most recently, Maybe the People Would Be the Times. She is the recipient of a Whiting Award, Guggenheim and Cullman fellowships, an Award in Literature from the American Academy of Arts and Letters, a Grammy (for album notes), and an Infinity Award for Writing from the International Center of Photography. Sante has contributed to the New York Review of Books since 1981 and to many other publications. She teaches writing and the history of photography at Bard College and lives in Ulster County, New York.

Tim Davis studied photography at Bard College, graduating in 1991. He pursued a career as a poet and editor in New York before returning to photography, receiving an MFA from Yale University in 2001. He has since had solo shows in Brussels, Geneva, Whitecube in London, Milan, and New York, including a recent exhibition at the Bohen Foundation. His work is in the collections of the Guggenheim, Whitney, Brooklyn, and Metropolitan Museums in New York; the Milwaukee Museum of Art; the High Museum of Art, Atlanta; the Baltimore Museum; the Hirshhorn Museum and Sculpture Garden, Smithsonian Institution, Washington, DC; and numerous others. His fourth book of photographs and essays, I’m Looking Through You, was published by Aperture in May 2021. He teaches photography at Bard College. 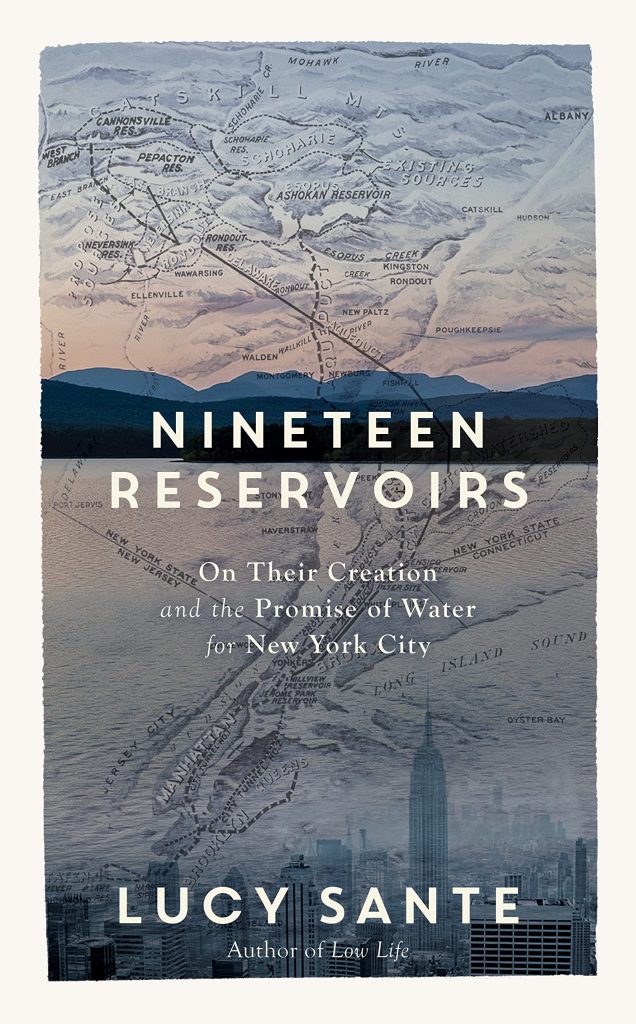 Without the nineteen upstate reservoirs that supply its water, New York City as we know it would not exist today.

“[Sante] is an endlessly curious writer with a sharp wit and an elegant prose style . . . As a physical object, the book is a stunner, loaded with maps, archival stills of the construction process, vintage postcards, and ads warning New Yorkers to check their plumbing and ‘stop that leak!’”—The Wall Street Journal

From 1907 to 1967, a network of reservoirs and aqueducts was built across more than one million acres in upstate New York, including Greene, Delaware, Sullivan, and Ulster Counties. This feat of engineering served to meet New York City’s ever-increasing need for water, sustaining its inhabitants and cementing it as a center of industry. West of the Hudson, it meant that twenty-six villages, with their farms, forest lands, orchards, and quarries, were bought for a fraction of their value, demolished, and submerged, profoundly altering ecosystems in ways we will never fully appreciate.

This paradox of victory and loss is at the heart of Nineteen Reservoirs, Lucy Sante’s meticulous account of how New York City secured its seemingly limitless fresh water supply, and why it cannot be taken for granted. In inimitable form, Sante plumbs the historical record to surface forgotten archives and images, bringing lost places back to life on the page. Her immaculately calibrated sensitivity honors both perspectives on New York City’s reservoir system and helps us understand the full import of its creation.

An essential history of the New York City region that will reverberate far beyond it, Nineteen Reservoirs examines universal divisions in our resources and priorities—between urban and rural, rich and poor, human needs and animal habitats. This is an unmissable account of triumph, tragedy, and unintended consequences.