Michael Pedersen is a prize-winning Scottish poet and author. He has published two successful chapbooks and an acclaimed debut collection Play With Me. His second collection, Oyster, was published in 2017 and was illustrated by and performed as a live show with Frightened Rabbit’s Scott Hutchinson. Pedersen has been named a Canongate Future 40; was a finalist in the 2018 Writer of the Year at The Herald Scottish Culture Awards; was awarded the 2014 John Mather Trust Rising Star of Literature Award; and won the 2015 Robert Louis Stevenson Fellowship. Pedersen also co-founded Neu! Reekie!, a prize-winning arts collective known for producing cutting edge shows around the world. 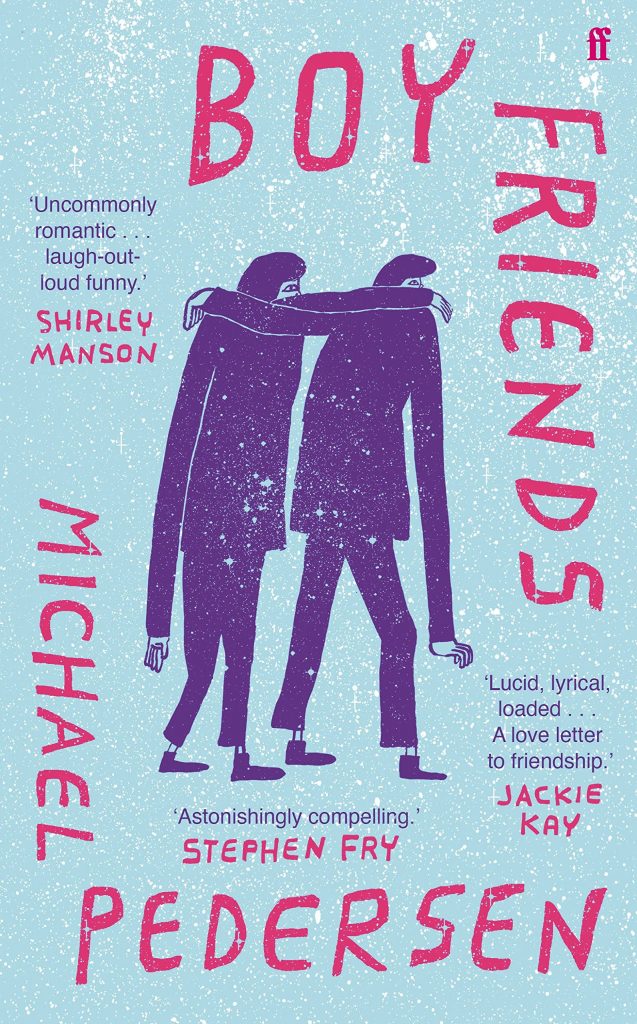 An intimate and original memoir of love, grief and male friendship by one of Scotland’s brightest young talents.

Ever feel like you were fated to be friends with someone? An alchemy in your meeting, instant fondness – part chemical, part kismet. This is how I’ve felt about every friend I’ve fallen in love with – none so much as you.

In 2018, Michael Pedersen lost a most cherished friend soon after their collective voyage into the landscape and luminosity of the Scottish Highlands. Sitting at a desk at The Curfew Tower, Northern Ireland, Michael begins to write to his departed friend – Scott Hutchison. What starts as a love letter to one magical, coruscating human soon becomes a paean to many friendships – perhaps all friendship.

In Boy Friends, Pedersen confronts the bewildering process of grief. As memories rise to the surface – both heart-wrenching and hilarious – he recalls his younger self: the overly sensitive boy growing up in working-class Edinburgh; his befuddling stint in an ancient collegiate university; a short-lived, combustible career as a lawyer; and, foremost, the gorgeous male friendships that have transformed his life.

Written to glitter, with intoxicating energy, Boy Friends is a powerful depiction of friendship and loss, a homage to the beauty of moments shared.