Join award-winning and two-time world champion debater BO SEO for a discussion of his book “Good Arguments: How Debate Teaches Us to Listen and Be Heard.”

Bo Seo is a two-time world champion debater and a former coach of the Australian national debating team and the Harvard College Debating Union. One of the most recognized figures in the global debate community, he has won both the World Schools Debating Championship and the World Universities Debating Championship. Bo has written for The New York Times, The Atlantic, CNN, and many other publications. He has worked as a national reporter for the Australian Financial Review and has been a regular panelist on the prime time Australian debate program, The Drum. Bo graduated from Harvard University and received a master’s degree in public policy from Tsinghua University. He is currently a Juris Doctor candidate at Harvard Law School. 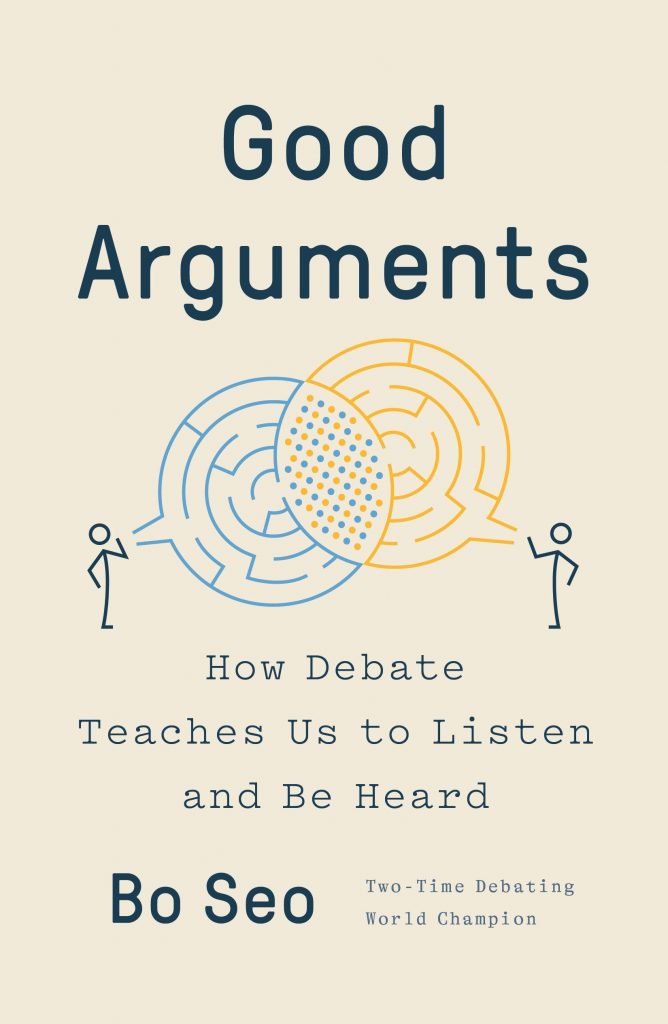 “The rare book that has the potential to make you smarter—and everyone around you wiser.” —Adam Grant

Two-time world champion debater and former coach of the Harvard debate team, Bo Seo tells the inspiring story of his life in competitive debating and reveals the timeless secrets of effective communication and persuasion

When Bo Seo was 8 years old, he and his family migrated from Korea to Australia. At the time, he did not speak English, and, unsurprisingly, struggled at school. But, then, in fifth grade, something happened to change his life: he discovered competitive debate. Immediately, he was hooked. It turned out, perhaps counterintuitively, that debating was the perfect activity for someone shy and unsure of himself. It became a way for Bo not only to find his voice, but to excel socially and academically. And he’s not the only one. Far from it: presidents, Supreme Court justices, and CEOs are all disproportionally debaters. This is hardly a coincidence. By tracing his own journey from immigrant kid to world champion, Seo shows how the skills of debating—information gathering, truth finding, lucidity, organization, and persuasion—are often the cornerstone of successful careers and happy lives.

Drawing insights from its strategies, structure, and history, Seo teaches readers the skills of competitive debate, and in doing so shows how they can improve their communication with friends, family, and colleagues alike. He takes readers on a thrilling intellectual adventure into the eccentric and brilliant subculture of competitive debate, touching on everything from the radical politics of Malcom X to Artificial Intelligence. Seo proves beyond a shadow of a doubt that, far from being a source of conflict, good-faith debate can enrich our daily lives. Indeed, these good arguments are essential to a flourishing democracy, and are more important than ever at time when bad faith is all around, and our democracy seems so imperiled.