Join LINDA KINSTLER—writer and Ph.D candidate in the Rhetoric Department at U.C. Berkeley—for a discussion of her new book “Come to This Court and Cry: How the Holocaust Ends.”

Linda Kinstler is a contributing writer for The Economist’s 1843 Magazine and a PhD candidate in the Rhetoric Department at UC Berkeley. Her writing appears in the New York Times, the Washington Post, the Atlantic, Wired, and elsewhere. She was previously a Marshall Scholar in the UK, where she covered British politics for the Atlantic and studied with Forensic Architecture. 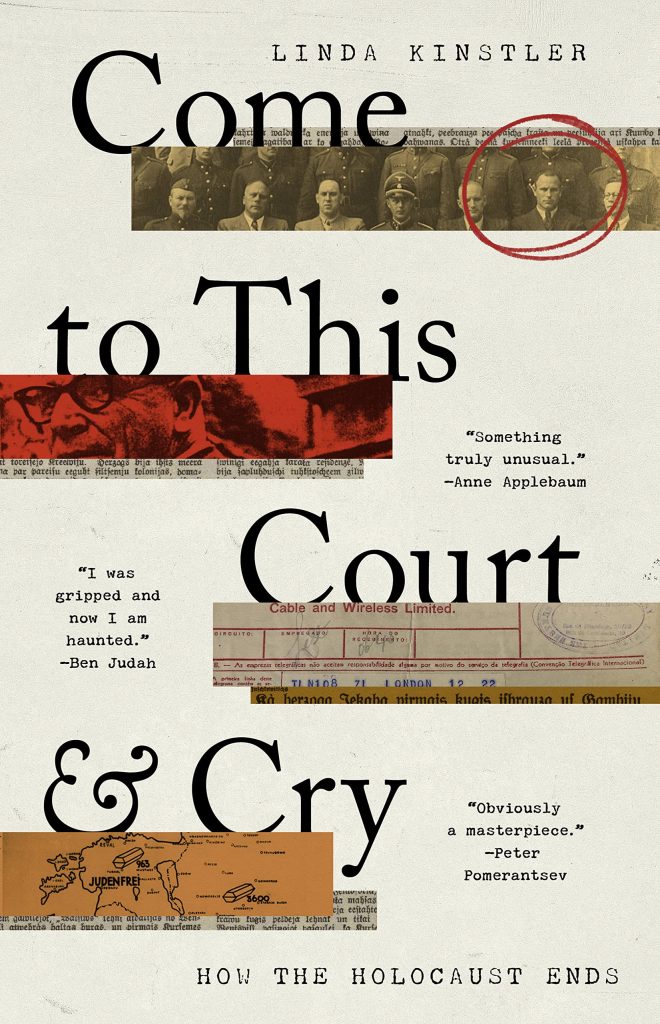 In 1965, five years after the capture of Adolf Eichmann in Buenos Aires, one of his Mossad abductors was sent back to South America to kill another fugitive Nazi, the so-called “butcher of Riga,” Latvian Herberts Cukurs. Cukurs was shot. On his corpse, the assassins left pages from the closing speech of the chief British prosecutor at the International Military Tribunal at Nuremberg:

“After this ordeal to which mankind has been submitted, mankind itself . . . comes to this Court and cries: ‘These are our laws—let them prevail!’”

Years later, the Latvian prosecutor general began investigating the possibility of redeeming Cukurs for his past actions. Researching the case, Linda Kinstler discovered that her grandfather, Boris, had served in Cukurs’s killing unit and was rumored to be a double agent for the KGB. The proceedings, which might have resulted in Cukurs’s pardon, threw into question supposed “facts” about the Holocaust at the precise moment its last living survivors—the last legal witnesses—were dying.

Rich with scholarly detective work and personal reflection, Come to This Court and Cry is a fearlessly brave examination of how history can become distorted over time, how easily the innocent are forgotten, and how carelessly the guilty are sometimes reprieved.