Join to celebrate the release of “Long Gone” with author Joanna Schaffhausen.

Joanna Schaffhausen is the author of the Ellery Hathaway series. She wields a mean scalpel, skills developed in her years studying neuroscience, and has a doctorate in psychology, which reflects her long-standing interest in the brain?how it develops and the many ways it can go wrong. She previously worked for ABC News, writing for programs such as World News Tonight, Good Morning America, and 20/20. She lives with her husband and daughter in the Boston area. 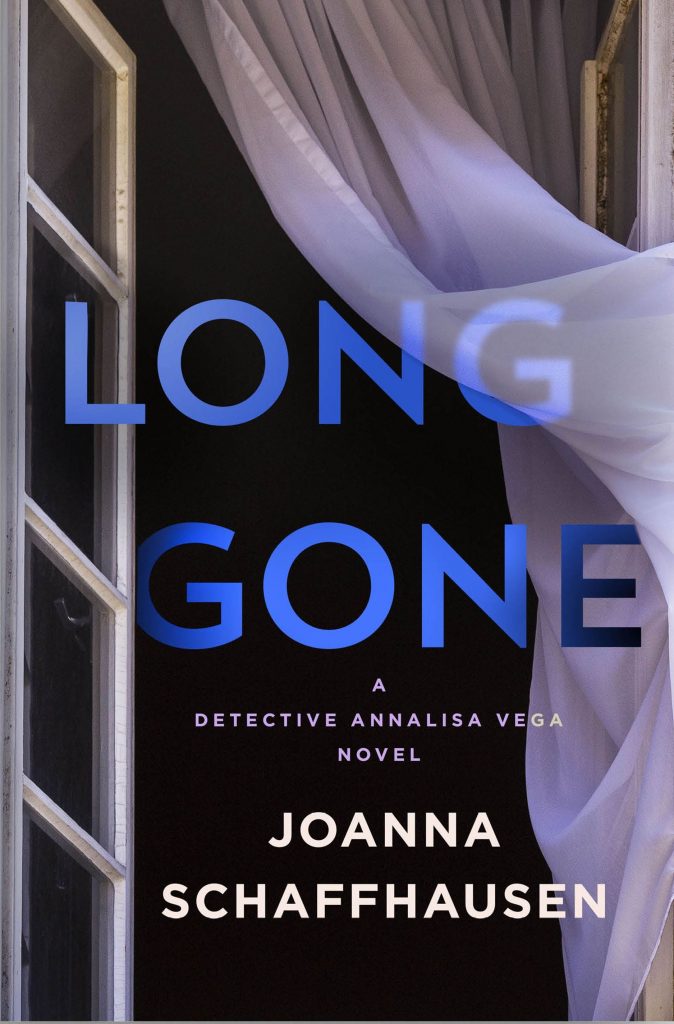 Chicago detective Annalisa Vega shattered her life, personally and professionally, when she turned in her ex-cop father for his role in a murder. Her family can’t forgive her. Her fellow officers no longer trust her. So when detective Leo Hammond turns up dead in a bizarre murder, Annalisa thinks she has nothing to lose by investigating whatever secrets he hid behind the thin blue line.

Annalisa quickly zeroes in on someone who had good reason to want Hammond dead: a wealthy, fast-talking car salesman who’d gotten away with murder once and wasn’t about to let Hammond take a second shot. Moe Bocks remains the number one suspect in his girlfriend’s brutal unsolved death, and now he’s got a new woman in his sights—Annalisa’s best friend.

Annalisa is desperate to protect her friend and force Bocks to pay, either for Hammond’s death or his earlier crime. But when no one else believes the connection, she takes increasingly risky chances to reveal the truth. Because both Hammond and Bocks had secrets to die for, and if she doesn’t untangle them soon, Annalisa will be next.