Join astrophysicist, folklorist, science communicator, and Harvard University alumni DR. MOIYA MCTIER for a discussion and signing of her new book “The Milky Way: An Autobiography of Our Galaxy.”

Dr. Moiya McTier is an astrophysicist, folklorist, and science communicator based in New York City. After graduating from Harvard as the first person in the school’s history to study both astronomy and mythology, Moiya earned her PhD in astrophysics at Columbia University where she was selected as a National Science Foundation research fellow. Moiya has consulted with companies like Disney and PBS on their fictional worlds, helped design exhibits for the New York Hall of Science, and given hundreds of talks about science around the globe (including features on MSNBC, NPR, and NowThis News). To combine her unique set of expertise, Moiya hosts and produces the Exolore podcast that explores fictional world-building through the lens of science. When she’s not researching space or imagining new worlds, Moiya can likely be found watching trashy reality tv with her cat, Kosmo. 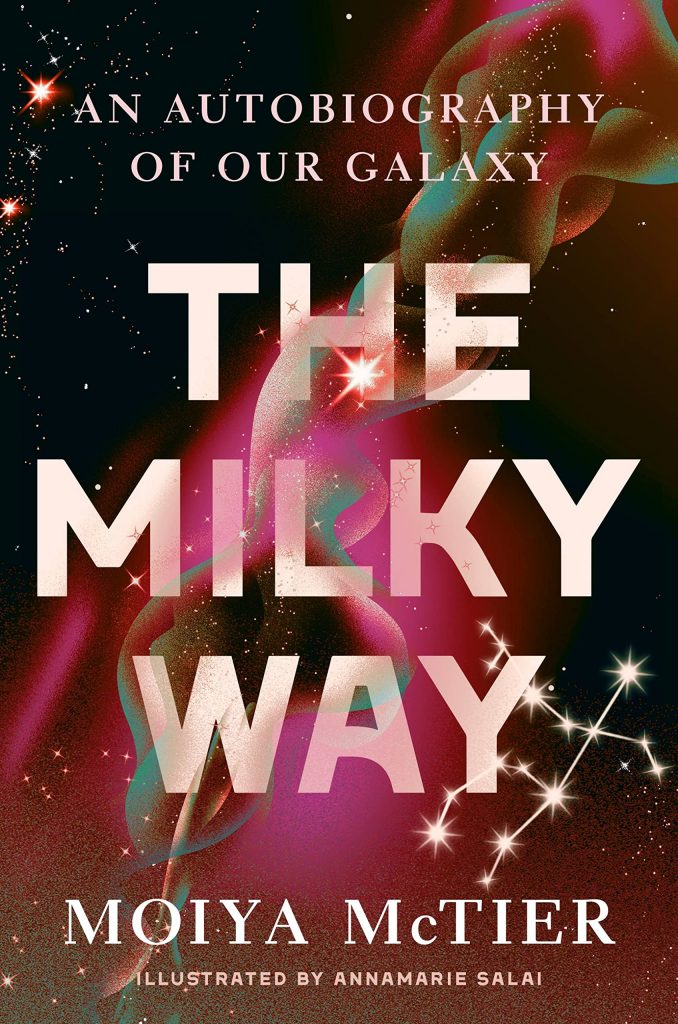 Astrophysicist and folklorist Dr. Moiya McTier channels The Milky Way in this approachable and utterly fascinating autobiography of the titular galaxy, detailing what humans have discovered about everything from its formation to its eventual death, and what more there is to learn about this galaxy we call home.

After a few billion years of bearing witness to life on Earth, of watching one hundred billion humans go about their day-to-day lives, of feeling unbelievably lonely, and of hearing its own story told by others, The Milky Way would like a chance to speak for itself. All one hundred billion stars and fifty undecillion tons of gas of it.

It all began some thirteen billion years ago, when clouds of gas scattered through the universe’s primordial plasma just could not keep their metaphorical hands off each other. They succumbed to their gravitational attraction, and the galaxy we know as the Milky Way was born. Since then, the galaxy has watched as dark energy pushed away its first friends, as humans mythologized its name and purpose, and as galactic archaeologists have worked to determine its true age (rude). The Milky Way has absorbed supermassive (an actual technical term) black holes, made enemies of a few galactic neighbors, and mourned the deaths of countless stars. Our home galaxy has even fallen in love.

After all this time, the Milky Way finally feels that it’s amassed enough experience for the juicy tell-all we’ve all been waiting for. Its fascinating autobiography recounts the history and future of the universe in accessible but scientific detail, presenting a summary of human astronomical knowledge thus far that is unquestionably out of this world.