Join in a meet & greet and book signing with with Stu Gibbs, author of “Charlie Thorne and the Curse of Cleopatra.”

Stuart Gibbs is the New York Times bestselling author of the Charlie Thorne series, FunJungle series, Moon Base Alpha series, and Spy School series. He has written screenplays, worked on a whole bunch of animated films, developed TV shows, been a newspaper columnist, and researched capybaras (the world’s largest rodents). Stuart lives with his family in Los Angeles. You can learn more about what he’s up to at StuartGibbs.com. 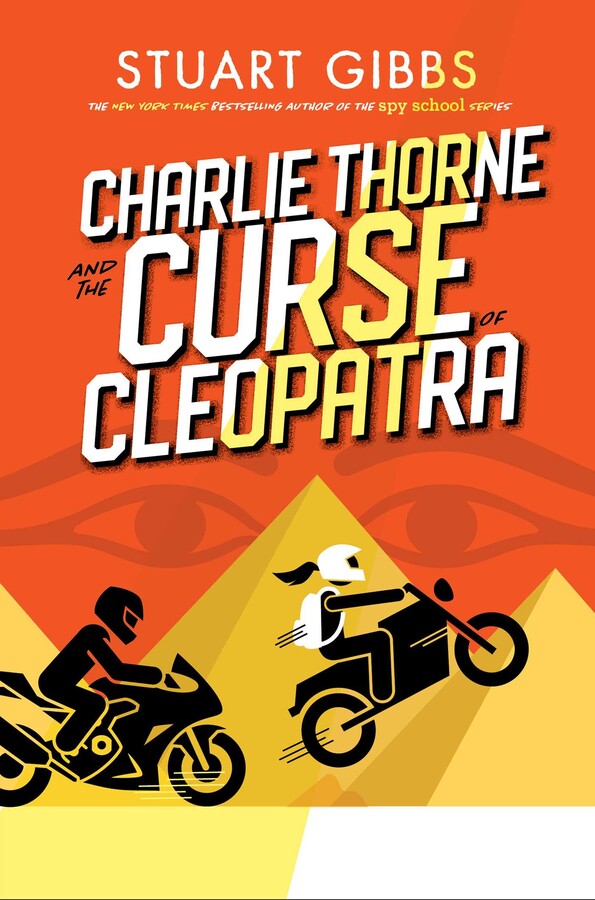 In this third book in the Charlie Thorne series from bestselling author Stuart Gibbs, Charlie tracks down Cleopatra’s greatest treasure in Egypt.

After tracking down incredible discoveries by Einstein and Darwin, Charlie is back. This time, the great ruler Cleopatra has left behind an extremely valuable and powerful treasure, its location encoded on an ancient stone tablet.

In 30 BCE, Cleopatra and her husband, Marc Antony, lost their war against Octavian for control of the Egyptian Empire. However, Cleopatra knew Octavian was really after the mysterious item that was the source of all her wealth and influence, so she hid it before committing suicide. She left a series of devious clues behind for her children to find it, but they were lost to history…until now.

In a breathless adventure that takes her across the globe, Charlie must fight for her life against ruthless enemies, match wits with Cleopatra, and solve the two-thousand-year-old mystery to prevent the most powerful treasure of the ancient world from falling into the wrong hands.