Join THOMAS MCNEELY—award-winning author of Ghost Horse—for a discussion of his new collection “Pictures of the Shark: Stories.”

An East Side Houston native, THOMAS H. McNEELY has published short stories and non-fiction in The Atlantic, Texas Monthly, Ploughshares, and many other magazines and anthologies, including Best American Mystery Stories and Algonquin Books’ Best of the South. His stories have been short-listed for the Pushcart Prize, Best American Short Stories and O. Henry Award anthologies. He has received National Endowment for the Arts, Wallace Stegner, and MacDowell Colony fellowships for his fiction. His first book, Ghost Horse, won the Gival Press Novel Award and was shortlisted for the William Saroyan International Prize in Writing. He currently teaches in the Stanford Online Writing Studio and at Emerson College, Boston. 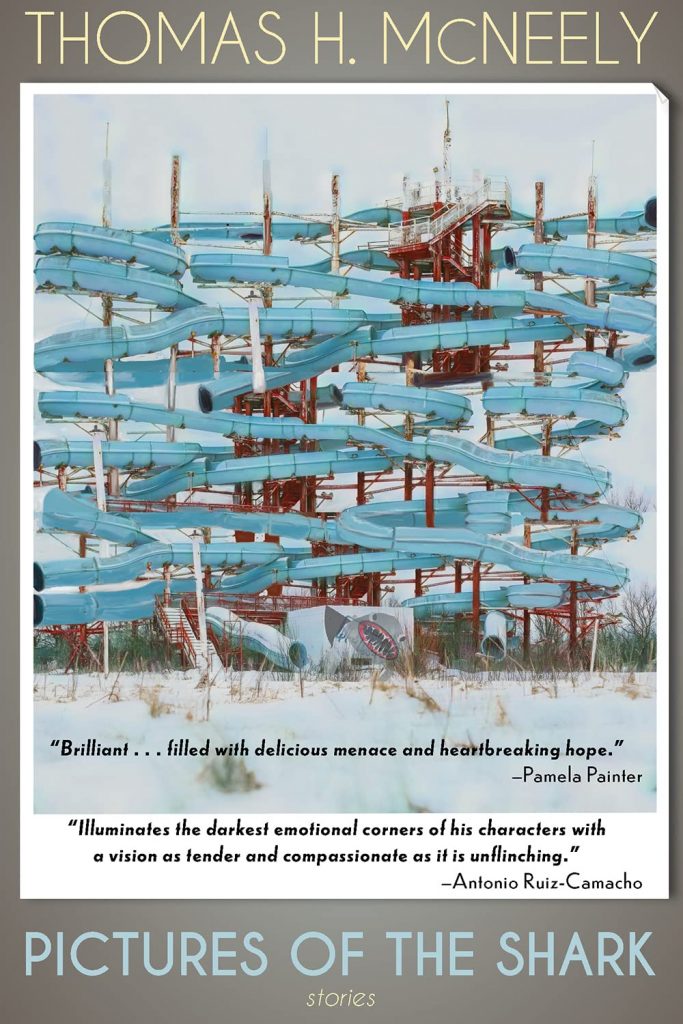 A sudden snowfall in Houston reveals family secrets. A trip to Universal Studios to snap a picture of the shark from Jaws becomes a battle of wills between father and son. A midnight séance and the ghost of Janis Joplin conjure the mysteries of sex. A young boy’s pilgrimage to see Elvis Presley becomes a moment of transformation. A young woman discovers the responsibilities of talent and freedom.

Pictures of the Shark, by award-winning Houston writer Thomas H. McNeely, moves from its protagonist Buddy Turner’s surreal world of childhood into the wider arenas of sex, addiction, art, and ambition. Appearing in the country’s finest literary journals, including Ploughshares, The Virginia Quarterly Review, Epoch, and Crazyhorse, shortlisted for the O. Henry Award, Best American Short Stories, and Pushcart Prize collections, the stories in Pictures of the Shark are gems that refract their characters’ complex relationships.