Join R.F. KUANG—author of the award-winning fantasy series The Poppy War—for a discussion of her highly anticipated book “Babel: Or the Necessity of Violence: An Arcane History of the Oxford Translators’ Revolution.”

Rebecca F. Kuang is a Marshall Scholar, Chinese-English translator, and the Astounding Award-winning and the Hugo, Nebula, Locus, and World Fantasy Award nominated author of the Poppy War trilogy and the forthcoming Babel. Her work has won the Crawford Award and the Compton Crook Award for Best First Novel. She has an MPhil in Chinese Studies from Cambridge and an MSc in Contemporary Chinese Studies from Oxford; she is now pursuing a PhD in East Asian Languages and Literatures at Yale. 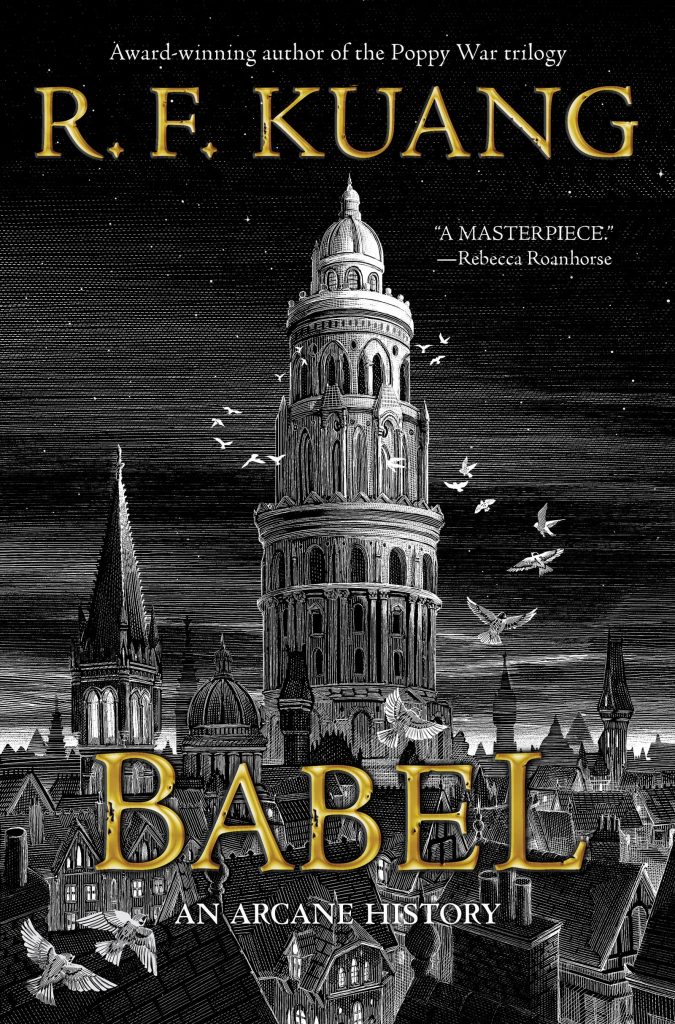 From award-winning author R. F. Kuang comes Babel, a thematic response to The Secret History and a tonal retort to Jonathan Strange & Mr. Norrell that grapples with student revolutions, colonial resistance, and the use of language and translation as the dominating tool of the British empire.

Traduttore, traditore: An act of translation is always an act of betrayal.

1828. Robin Swift, orphaned by cholera in Canton, is brought to London by the mysterious Professor Lovell. There, he trains for years in Latin, Ancient Greek, and Chinese, all in preparation for the day he’ll enroll in Oxford University’s prestigious Royal Institute of Translation—also known as Babel.

Babel is the world’s center for translation and, more importantly, magic. Silver working—the art of manifesting the meaning lost in translation using enchanted silver bars—has made the British unparalleled in power, as its knowledge serves the Empire’s quest for colonization.

For Robin, Oxford is a utopia dedicated to the pursuit of knowledge. But knowledge obeys power, and as a Chinese boy raised in Britain, Robin realizes serving Babel means betraying his motherland. As his studies progress, Robin finds himself caught between Babel and the shadowy Hermes Society, an organization dedicated to stopping imperial expansion. When Britain pursues an unjust war with China over silver and opium, Robin must decide…

Can powerful institutions be changed from within, or does revolution always require violence?