Join Emmy Award-winning reporter Jen Maxfield to discuss her fascinating and touching book about memorable news events from her career “More After the Break.”

Jen Maxfield is an Emmy Award–winning reporter and substitute anchor who started at NBC New York in 2013. Prior to joining the station, she worked for Eyewitness News (ABC7) in New York City as a reporter and substitute anchor for ten years. Jen started her broadcast career in Binghamton, New York (WIVT), in 2000 and also worked in Syracuse (WIXT) before moving to New York City in 2002. She has reported live from thousands of news events over her twenty-two-year career and estimates she has interviewed more than ten thousand people.

Maxfield is also an adjunct professor at the Columbia Graduate School of Journalism at Columbia University. A graduate of the class of 2000, Maxfield enjoys coming back to her alma mater to educate the next generation of journalists. She finds it incredibly rewarding to work with young people as they launch their careers in news.

Maxfield and her husband, Scott, met as undergraduate students at Columbia. They live in New Jersey and have three children and a dog named Rocket. 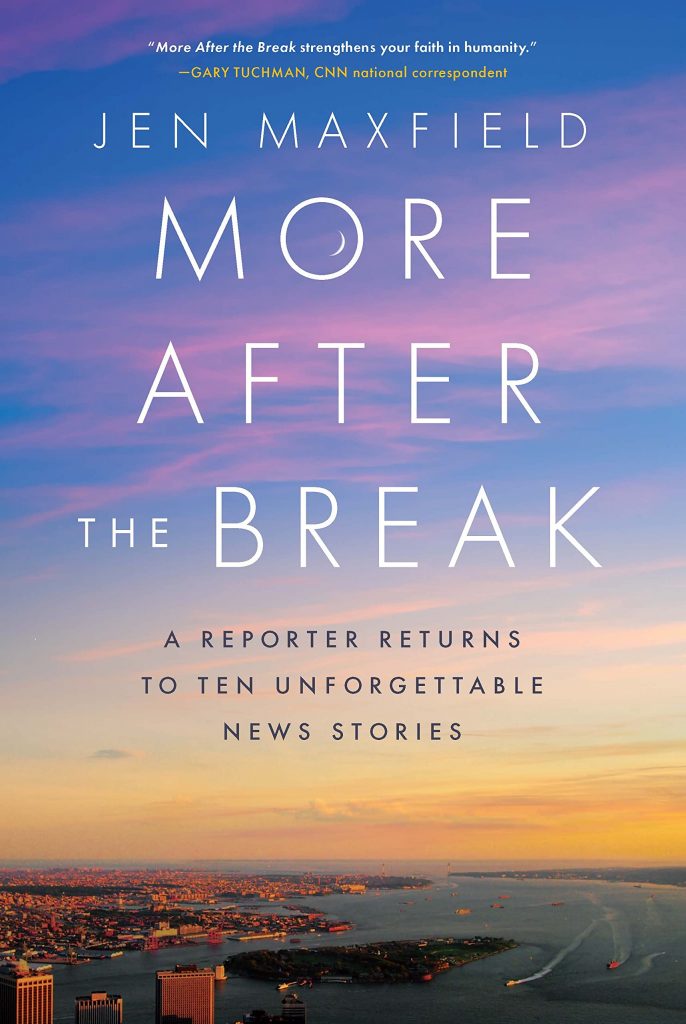 About the Book:
A reporter uncovers the rest of the storyIn More After the Break, Jen Maxfield revisits ten memorable stories from her career as a TV news reporter, describing in heart-pounding detail how the events unfolded and revealing what happened after the cameras went away. She introduces readers to unforgettable people who will inspire you with their hopefulness, even when confronting life’s greatest heartbreaks: a young man who lost both legs in a ferry crash, an endurance athlete with stage-four lung cancer, a fifth grader on a doomed field trip, an Ivy League undergrad sentenced to decades in prison, a young woman who gave her life for an animal, a Wall Street executive on an ill-fated bike ride, a preschooler whose health hinged on an immigration battle, a family who lost everything in a hurricane, a mother who fought back against domestic violence, and a man who stood up for his rights while seated in his wheelchair.

Returning to find these people years?even decades?after she featured their stories on the news gives Maxfield an opportunity to ask the burning questions she had always pondered: What happened after the live truck pulled away? What is the rest of the story?