Join debut novelist TAYMOUR SOOMRO and Little Gods author MENG JIN for discussion of their respective books “Other Names for Love: A Novel” and “Self-Portrait with Ghost: Short Stories.”

Taymour Soomro is a British Pakistani writer. He studied law at Cambridge University and Stanford Law School. He has worked as a corporate solicitor in London and Milan, a lecturer at a university in Karachi, an agricultural estate manager in rural Sindh and a publicist for a luxury fashion brand in London. His short fiction has appeared in The New Yorker and The Southern Review. He has published a textbook on law with Oxford University Press, has written extensively for the Pakistani news media, and is the co-editor, with Deepa Anappara, of a creative writing handbook on fiction, race and culture.

Meng Jin was born in Shanghai and lives in San Francisco. A Kundiman Fellow, she is a graduate of Harvard and Hunter College. Little Gods is her first novel. 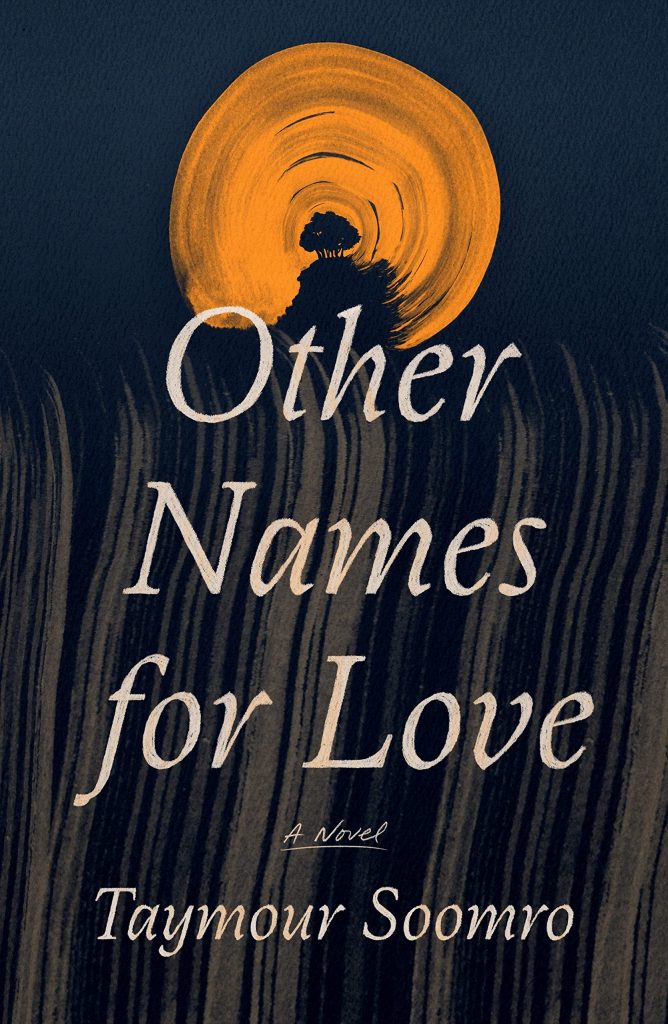 A charged, hypnotic debut novel about a boy’s life-changing summer in rural Pakistan: a story of fathers, sons, and the consequences of desire.

At age sixteen, Fahad hopes to spend the summer with his mother in London. His father, Rafik, has other plans: hauling his son to Abad, the family’s feudal estate in upcountry, Pakistan. Rafik wants to toughen up his sensitive boy, to teach him about power, duty, family?to make him a man. He enlists Ali, a local teenager, in this project, hoping his presence will prove instructive.

Instead, over the course of one hot, indolent season, attraction blooms between the two boys, and Fahad finds himself seduced by the wildness of the land and its inhabitants: the people, who revere and revile his father in turn; cousin Mousey, who lives alone with a man he calls his manager; and most of all, Ali, who threatens to unearth all that is hidden.

Decades later, Fahad is living abroad when he receives a call from his mother summoning him home. His return will force him to face the past. Taymour Soomro’s Other Names for Love is a tale of masculinity, inheritance, and desire set against the backdrop of a country’s troubled history, told with uncommon urgency and beauty.

From the acclaimed author of Little Gods, whose “gift merges science, politics and art: the kind of audacity our world needs now” (Gina Apostol), comes an immersive and electrifying story collection that explores self-construction, female resilience, and migrations both literal and transformative.

Written during the turbulent years of the Trump administration and the first year of the pandemic, these stories explore intimacy and isolation, coming-of-age and coming to terms with the repercussions of past mistakes, fraying relationships and surprising moments of connection. Moving between San Francisco and China, and from unsparing realism to genre-bending delight, Self-Portrait with Ghost considers what it means to live in an age of heightened self-consciousness, seemingly endless access to knowledge, and little actual power.

Page-turning, thought-provoking, and wholly unique, Self-Portrait with Ghost further establishes Meng Jin as a writer who “reminds us that possible explanations in our universe are as varied as the beings who populate it” (Paris Review).