Join animation historian JAKE S. FRIEDMAN—author of The Art of Blue Sky Studios and The Disney Afternoon—for a discussion of his newest book “The Disney Revolt : The Great Labor War of Animation’s Golden Age.”

Jake S. Friedman is an animation historian and author of The Art of Blue Sky Studios and The Disney Afternoon. He has appeared as an expert on TV documentaries and written for Animation Magazine, American History Magazine, the Huffington Post, and Philadelphia Daily News. He worked for ten years as an animation artist on television shows and features, and now works as a mental health specialist, teaching the occasional History of Animation course at NYU or FIT. He lives with his wife in New York City. www.JakeSFriedman.com 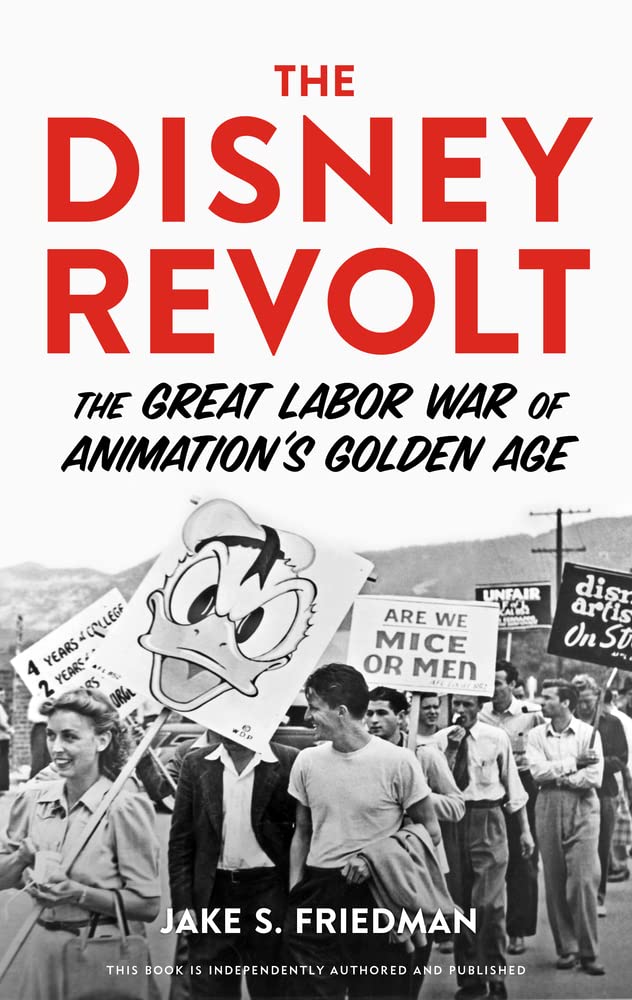 An essential piece of Disney history has been unreported for eighty years.

Soon after the birth of Mickey Mouse, one animator raised the Disney Studio far beyond Walt’s expectations. That animator also led a union war that almost destroyed it. Art Babbitt animated for the Disney studio throughout the 1930s and through 1941, years in which he and Walt were jointly driven to elevate animation as an art form, up through Snow White, Pinocchio, and Fantasia.

But as America prepared for World War II, labor unions spread across Hollywood. Disney fought the unions while Babbitt embraced them. Soon, angry Disney cartoon characters graced picket signs as hundreds of animation artists went out on strike. Adding fuel to the fire was Willie Bioff, one of Al Capone’s wiseguys who was seizing control of Hollywood workers and vied for the animators’ union.

Using never-before-seen research from previously lost records, including conversation transcriptions from within the studio walls, author and historian Jake S. Friedman reveals the details behind the labor dispute that changed animation and Hollywood forever.

The Disney Revolt is an American story of industry and of the underdog, the golden age of animated cartoons at the world’s most famous studio.