Join internationally best-selling author of the AFTER series, Anna Todd, for a discussion and signing to celebrate the release of “THE FALLING,” the first novel in a new love story trilogy.

Anna Todd (writer/producer/influencer) is the New York Times best-selling author of the After series, which has been released in thirty-five languages and has sold more than twelve million copies worldwide?becoming a number one best seller in several countries. Always an avid reader, Todd began writing stories on her phone through Wattpad, with After becoming the platform’s most-read series with over two billion reads. She has served as a producer and screenwriter on the film adaptations of After and After We Collided, and in 2017, she founded the entertainment company Frayed Pages Media to produce innovative and creative work across film, television, and publishing. A native of Ohio, she lives with her family in Los Angeles. 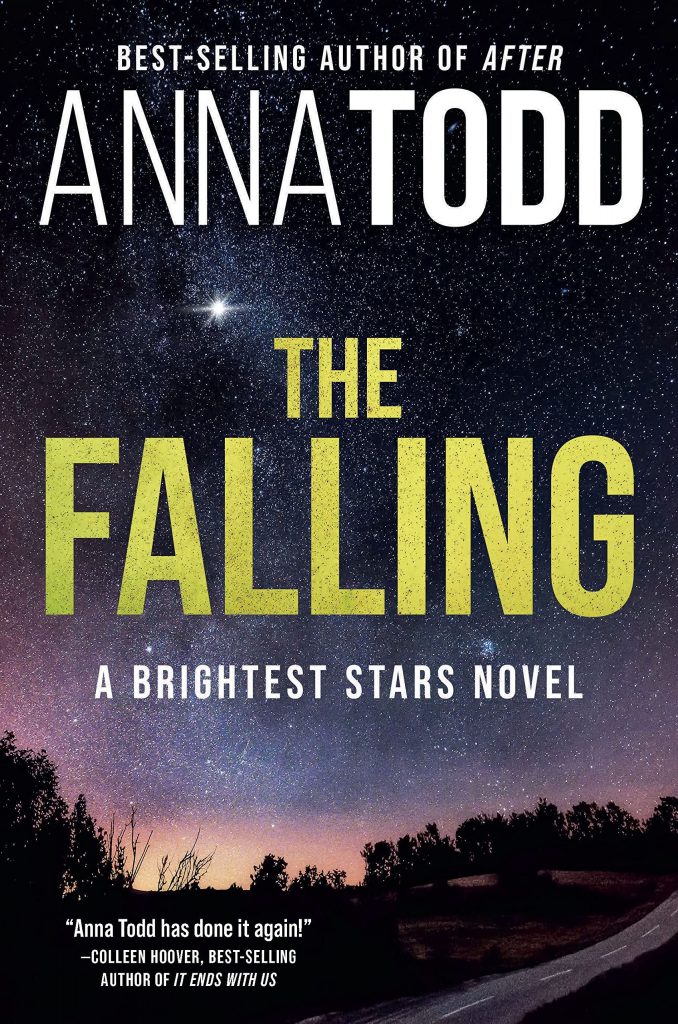 A new love story from Anna Todd begins with THE FALLING, the first novel in a new trilogy (Brightest Stars) from the #1 internationally best-selling author of the AFTER series.

Twenty-year old Karina is proud of the independent life she is trying to create for herself in Ft. Benning, Georgia. A dutiful officer’s daughter, supportive sister to a troubled twin brother, and caring friend to her roommate, Elodie, she always puts the needs of others ahead of her own, and prides herself on being a fixer of broken things?whether it’s the house she’s just bought or the fragmented family she works hard to keep intact.

Like anyone who has grown up around an army base, Karina also knows the background noise that follows men and women home from war. And when she meets Kael, a handsome soldier on the cusp of discharge, she’s immediately intrigued by his brooding presence and enigmatic silence. As their uncertain and unexpected friendship starts to turn into something more, Karina tries to piece together Kael’s story: he is emotionally closed off, recovering from wounds and other trauma in the aftermath of two tours in Afghanistan. In her practice as a physical therapist, Karina has a strong desire to help him heal, and though it challenges her many insecurities and anxieties, she has an equally strong desire to trust him. But that trust is fragile, like the preciousness of a soldier’s life. It can be gone in an instant. Ultimately facing a crossroads, their relationship will be tested by the one thing that Karina cannot accept, forgive, or understand.