Ginger Zee will sign copies of “A Little Closer to Home” this month.

Ginger Zee is the chief meteorologist for ABC News, forecasting for and reporting on the nation’s weather from Good Morning America to World News Tonight. Zee has been on the ground before, during, and after almost every major weather event and dozens of historic storms including Hurricane Katrina. She watched as the eye of Superstorm Sandy passed over Atlantic City and then covered the devastated Jersey Shore; she was there for the 2020 California wildfires and for the unprecedented number of hurricanes on the Gulf Coast. Zee’s dedication to science began at an early age, watching powerful thunderstorms rush across Lake Michigan. Her passion for meteorology brought her to storm chase in college at Valparaiso University, where she earned her bachelor of science in meteorology. 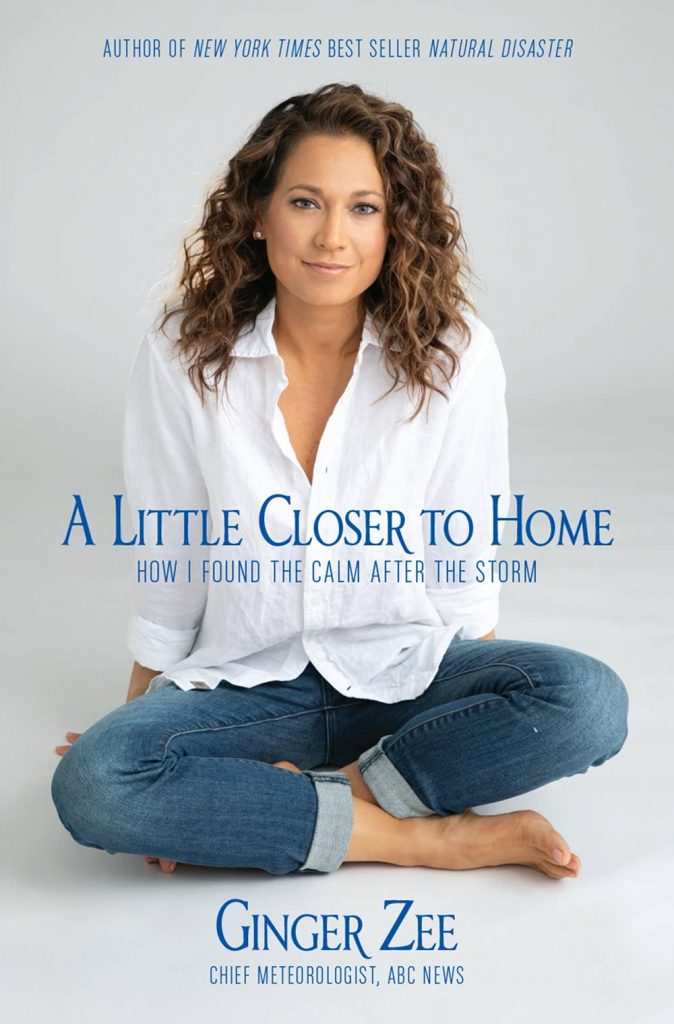 In Ginger Zee’s follow-up to the bestselling Natural Disaster, the ABC chief meteorologist takes readers on a much deeper journey of self discovery.
When Ginger Zee opened her life to readers in Natural Disaster, the response was enormous. She put a very relatable if surprising face on depression and has helped lessen the stigma surrounding mental health issues. But Ginger tells us, Natural Disaster was “Ginger Lite” and only scratched the surface.