Join ERIC ORNER—acclaimed author of The Mostly Unfabulous Social Life of Ethan Green and former Congressional aide to Barney Frank—for a discussion of his new book “Smahtguy: The Life and Times of Barney Frank.”

Eric Orner is a former Congressional aide to Barney Frank and the acclaimed author of The Mostly Unfabulous Social Life of Ethan Green, one of the country’s first and longest-running gay comic strips. A feature film of the same title appeared in 2005, the same year that Orner retired the comic strip. Orner has also published comic strips and illustrations in the Washington Post, the Boston Globe, the San Francisco Chronicle, and the New Republic. His cartoon story “Weekends Abroad” was included in Houghton Mifflin’s Best American Comics 2011. Orner lives in New York and Smahtguy is his first graphic novel. 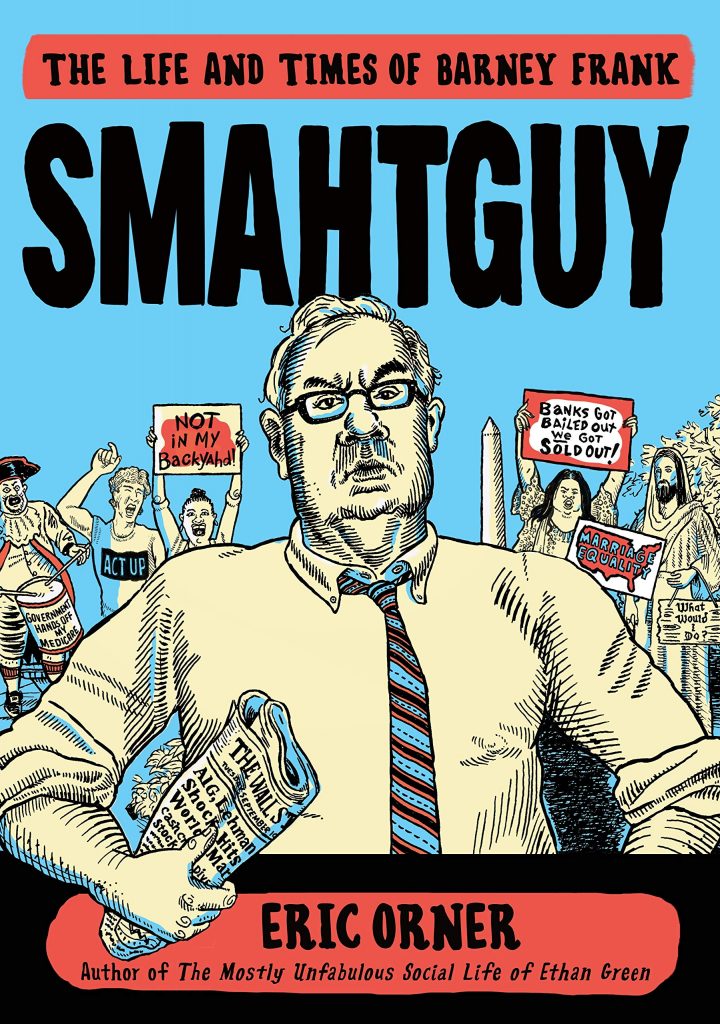 Eric Orner, the acclaimed cartoonist of one of the country’s most popular and longest-running gay comic strips, The Mostly Unfabulous Social Life of Ethan Green, presents his debut graphic novel?a dazzling, irreverent biography of the iconic and iconoclastic Barney Frank, one of the first gay and out congressmen and a front-line defender of civil rights.

What are the odds that a disheveled, zaftig, closeted kid with the thickest of Jersey accents might wind up running Boston on behalf of a storied Irish Catholic political machine, drafting the nation’s first gay rights laws, reforming Wall Street after the Great Recession, and finding love, after a lifetime assuming that he couldn’t and wouldn’t?

In Smahtguy: The Life and Times of Barney Frank, one of America’s first out members of Congress and a gay and civil rights crusader for an era is confirmed as a hero of our age. But more than a biography of an indispensable LGBTQ pioneer, this funny, beautifully rendered, warts-and-all graphic account reveals the down-and-dirty inner workings of Boston and DC politics.

As Frank’s longtime staff counsel and press secretary, Eric Orner lends his first-hand perspective to this extraordinary work of history, paying tribute to the mighty striving of committed liberals to defend ordinary Americans from an assault on their shared society.