Join State Senator CHLOE MAXMIN—the youngest woman to be elected to the State Senate in Maine—and her campaign manager CANYON WOODWARD for a discussion of their co-authored book “Dirt Road Revival: How to Rebuild Rural Politics and Why Our Future Depends On It.”

Chloe Maxmin, hailing from rural Maine, is the youngest woman ever to serve in the Maine State Senate, at 29 years old. She was elected in 2020 after unseating a two-term Republican incumbent and (former) Senate Minority Leader. In 2018, she served in the Maine House of Representatives after becoming the first Democrat to win a rural conservative district. Follow her on Twitter (@chloemaxmin).

Canyon Woodward was born, raised, and homeschooled in the Appalachian Mountains of rural North Carolina and the North Cascades of Washington. He was the campaign manager for Chloe’s successful 2018 and 2020 campaigns. He was previously regional field director for Bernie Sanders 2016, field director for Jane Hipps for NC Senate, and vice chair of the NC District 11 Democrats. Follow him at canyonwoodward.com. 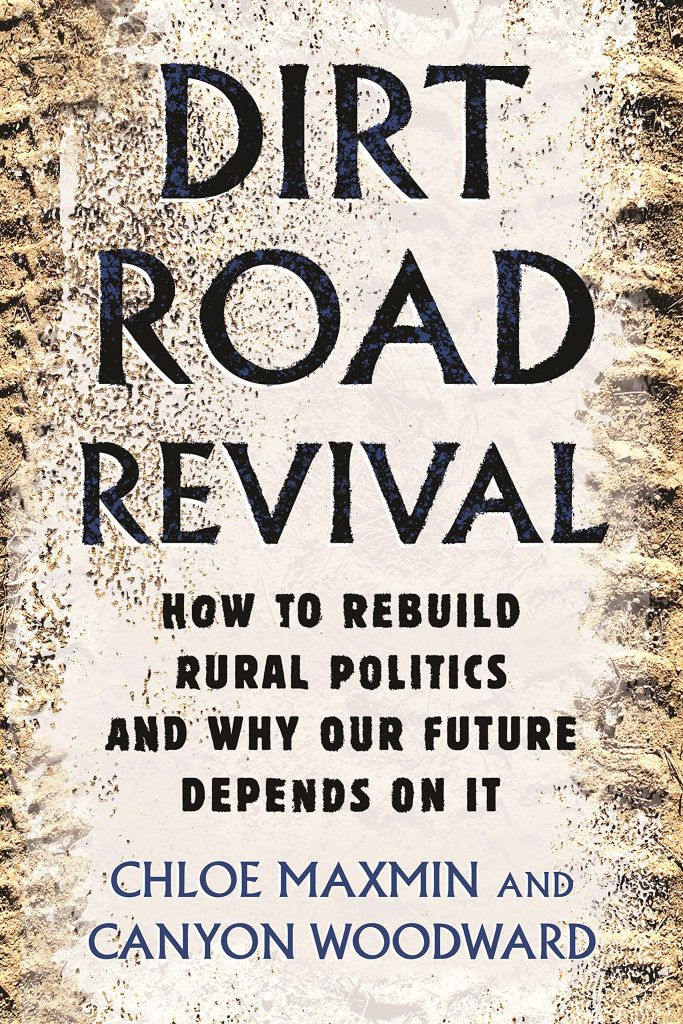 This urgent rallying cry shows how Democrats can win back and empower overlooked communities that have been pushing politics to the right—and why long-term progressive political power depends on it.

Through 2 successful elections in rural red districts that few thought could be won by a Democrat, twentysomethings Maine state senator Chloe Maxmin (D-District 13) and campaign manager Canyon Woodward saw how the Democratic Party has focused for too long on the interests of elite leaders and big donors, forcing the party to abandon the concerns of rural America—jeopardizing climate justice, racial equity, economic justice, and more. Dirt Road Revival looks at how we got here and lays out a road map for progressive campaigns in rural America to build an inclusive, robust, grassroots politics that fights for equity and justice across our country.

First, Maxmin and Woodward detail how rural America has been left behind. They explore rural healthcare, economic struggle, brain drain, aging communities, whiteness and racism, education access, broadband, Big Agriculture, and more. Drawing on their own experiences, they paint a picture of rural America today and pinpoint the strategic failures of Democrats that have caused the party to lose its rural foothold.

Next, they tell the story of their successful campaigns in the most rural county in the most rural state in the nation. In 2018, Maxmin became the only Democrat to ever win Maine House District 88 and then unseated the highest-ranking Republican in Maine —the Senate Minority Leader—in 2020, making her the youngest woman senator in Maine’s history.

Finally, Maxmin and Woodward distill their experiences into concrete lessons that can be applied to rural districts across the country to build power from the state and local levels on up. They lay out a new long-term vision for Democrats to rebuild trust and win campaigns in rural America by translating progressive values to a rural context, moving beyond the failed strategies of establishment consultants and utilizing grassroots-movement organizing strategies to effectively engage moderate rural voters.