Join in a virtual event with Catherynne M. Valente, author of “Osmo Unknown and the Eightpenny Woods.”

Catherynne M. Valente is an acclaimed, New York Times bestselling creator of over forty works of fantasy and science fiction, including the Fairyland novels and The Glass Town Game. She has been nominated for the Nebula and World Fantasy awards, and has won the Tiptree, Hugo, and Andre Norton award. She lives on a small island off the coast of Maine with her partner, young son, and a shockingly large cat with most excellent tufts. 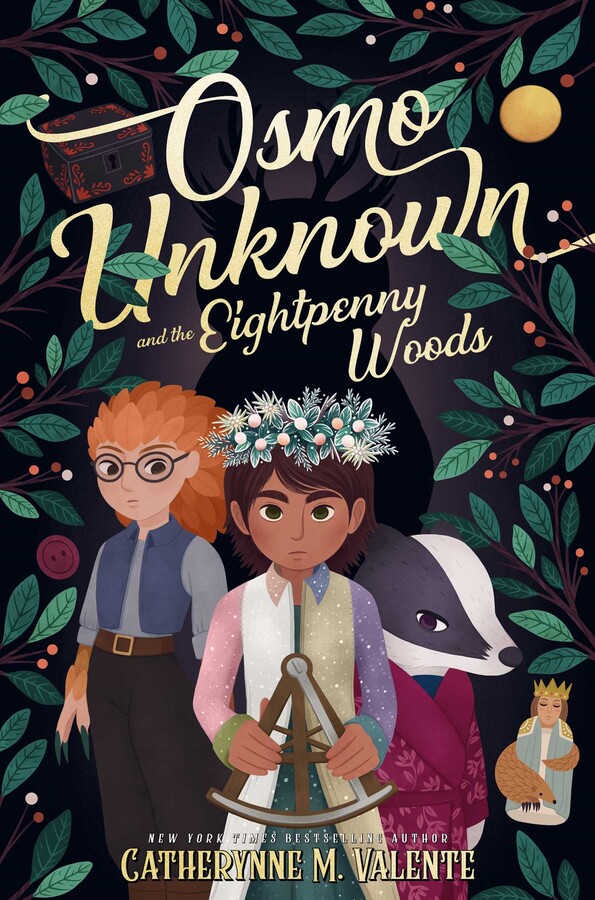 From New York Times bestselling author Catherynne M. Valente comes an inventive new fantasy following a boy journeying away from the only home he’s ever known and into the magical realm of the dead in order to fulfill a bargain for his people.

Osmo Unknown hungers for the world beyond his small town. With the life that Littlebridge society has planned for him, the only taste Osmo will ever get are his visits to the edge of the Fourpenny Woods where his mother hunts. Until the unthinkable happens: his mother accidentally kills a Quidnunk, a fearsome and intelligent creature that lives deep in the forest.

None of this should have anything to do with poor Osmo, except that a strange treaty was once formed between the Quidnunx and the people of Littlebridge to ensure that neither group would harm the other. Now that a Quidnunk is dead, as the firstborn child of the hunter who killed her, Osmo must embark on a quest to find the Eightpenny Woods—the mysterious kingdom where all wild forest creatures go when they die—and make amends.

Accompanied by a very rude half-badger, half-wombat named Bonk and an antisocial pangolin girl called Never, it will take all of Osmo’s bravery and cleverness to survive the magic of the Eightpenny Woods to save his town…and make it out alive.