Join in a virtual event with Rachael Lippincott and Alyson Derrick, author of “She Gets the Girl.”

Rachael Lippincott is the coauthor of All This Time, #1 New York Times bestseller Five Feet Apart, and She Gets the Girl and the author of The Lucky List. She holds a BA in English writing from the University of Pittsburgh. Originally from Bucks County, Pennsylvania, she currently resides in Pennsylvania with her wife and their dog, Hank.

Alyson Derrick was born and raised in Greenville, Pennsylvania, a town where burn barrels take the place of recycling bins. After making her great escape to Pittsburgh, where she earned her bachelor’s in English writing, Alyson started her own food truck, but soon realized she much prefers telling stories over slinging cheesesteaks. Alyson currently resides in Pennsylvania with her wife and their dog, Hank. 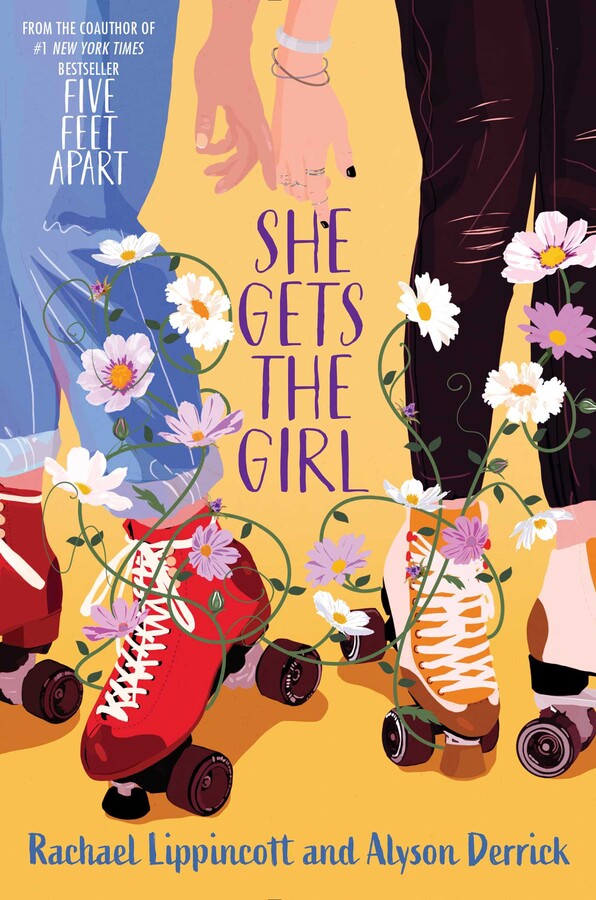 She’s All That meets What If It’s Us in this swoon-worthy hate-to-love YA romantic comedy from #1 New York Times bestselling coauthor of Five Feet Apart Rachael Lippincott and debut writer Alyson Derrick.

Alex Blackwood is a little bit headstrong, with a dash of chaos and a whole lot of flirt. She knows how to get the girl. Keeping her on the other hand…not so much. Molly Parker has everything in her life totally in control, except for her complete awkwardness with just about anyone besides her mom. She knows she’s in love with the impossibly cool Cora Myers. She just…hasn’t actually talked to her yet.

Alex and Molly don’t belong on the same planet, let alone the same college campus. But when Alex, fresh off a bad (but hopefully not permanent) breakup, discovers Molly’s hidden crush as their paths cross the night before classes start, they realize they might have a common interest after all. Because maybe if Alex volunteers to help Molly learn how to get her dream girl to fall for her, she can prove to her ex that she’s not a selfish flirt. That she’s ready for an actual commitment. And while Alex is the last person Molly would ever think she could trust, she can’t deny Alex knows what she’s doing with girls, unlike her.

As the two embark on their five-step plans to get their girls to fall for them, though, they both begin to wonder if maybe they’re the ones falling…for each other.