Join New York Times bestselling author, Katie Cotugno to discuss “Birds of California” – a sharply sexy and whip-smart romantic comedy where sparks fly and things get real set against the backdrop of a post #metoo Hollywood.

[In Conversation with Taylor Jenkins Reid]
Tuesday, May 24 at 7 PM ET
Barnes & Noble
Get Tickets: https://www.eventbrite.com/e/bn-virtually-presents-katie-cotugno-celebrates-birds-of-california-tickets-272235081457

Katie Cotugno is the New York Times bestselling author of seven romantic young adult novels, including 99 Days and You Say It First, and is the co-author, with Candace Bushnell, of Rules for Being a Girl. Her books have been honored by the Junior Library Guild, the Bank Street Children’s Book Committee, and the Kentucky Association of School Librarians, among others, and translated into more than fifteen languages.  Katie is a Pushcart Prize nominee whose work has appeared in The Iowa Review, The Mississippi Review, and Argestes, as well as many other literary magazines. She studied Writing, Literature and Publishing at Emerson College and received her MFA in Fiction at Lesley University. She lives in Boston with her family. 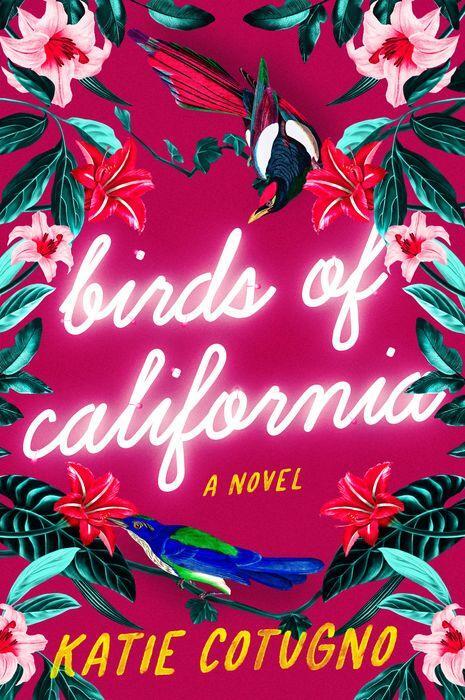 Former child actor Fiona St. James dropped out of the spotlight after a spectacularly public crash and burn. The tabloids called her crazy and self-destructive and said she’d lost her mind. Now in her late twenties, Fiona believes her humiliating past is firmly behind her. She’s finally regained a modicum of privacy, and she won’t let anything—or anyone—mess it up.

Unlike Fiona, Sam Fox, who played her older brother on the popular television show Birds of California, loves the perks that come with being a successful Hollywood actor: fame, women, parties, money. When his current show gets cancelled and his agent starts to avoid his calls, the desperate actor enthusiastically signs on for a Birds of California revival. But to make it happen, he needs Fiona St. James.

Against her better judgment, Fiona agrees to have lunch with Sam. What happens next takes them both by surprise. Sam is enthralled by Fiona’s take-no-prisoners attitude, and Fiona discovers a lovable goofball behind Sam’s close-up-ready face. Long drives to the beach, late nights at dive bars . . . theirs is the kind of kitschy romance Hollywood sells. But just like in the rom-coms Fiona despises, there’s a twist that threatens her new love. Sam doesn’t know the full story behind her breakdown. What happens when she reveals the truth?