Join in an in-person event with Kristy Woodson Harvey, author of “The Wedding Veil.”

Kristy Woodson Harvey is the New York Times bestselling author of nine novels, including Under the Southern Sky, Feels Like Falling, and The Peachtree Bluff series. A Phi Beta Kappa, summa cum laude graduate of the University of North Carolina at Chapel Hill’s school of journalism, her writing has appeared in numerous online and print publications including Southern Living, Traditional Home, USA TODAY, Domino, and O. Henry. Kristy is the winner of the Lucy Bramlette Patterson Award for Excellence in Creative Writing and a finalist for the Southern Book Prize. Her work has been optioned for film and television, and her books have received numerous accolades including Southern Living’s Most Anticipated Beach Reads, Parade’s Big Fiction Reads, and Entertainment Weekly’s Spring Reading Picks. Kristy is the cocreator and cohost of the weekly web show and podcast Friends & Fiction. She blogs with her mom Beth Woodson on Design Chic, and loves connecting with fans on KristyWoodsonHarvey.com. She lives on the North Carolina coast with her husband and son where she is (always!) working on her next novel. 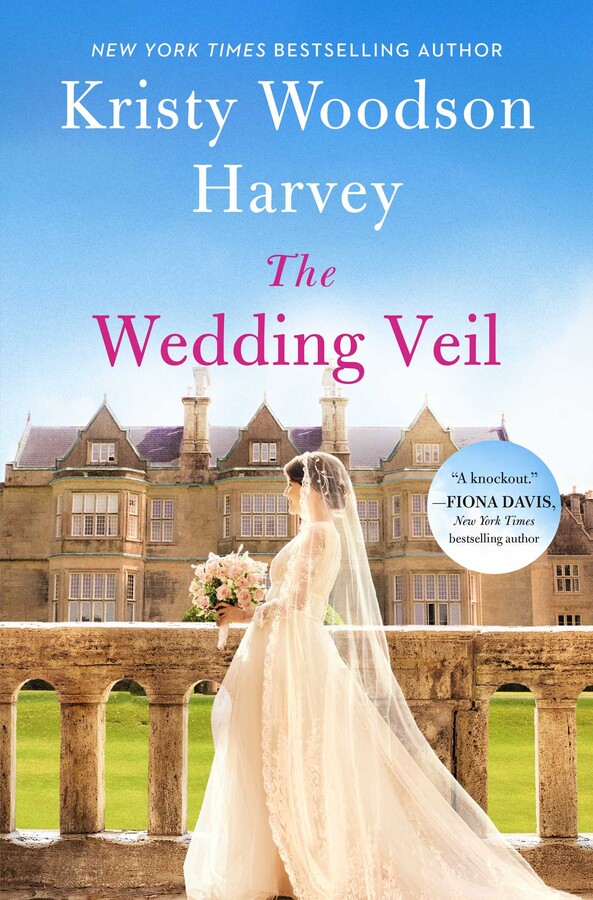 The New York Times bestselling author of Under the Southern Sky and the Peachtree Bluff series brings “her signature wit, charm, and heart” (Woman’s World) to this sweeping new novel following four women across generations, bound by a beautiful wedding veil and a connection to the famous Vanderbilt family.

Four women. One family heirloom. A secret connection that will change their lives—and history as they know it.

Present Day: Julia Baxter’s wedding veil, bequeathed to her great-grandmother by a mysterious woman on a train in the 1930s, has passed through generations of her family as a symbol of a happy marriage. But on the morning of her wedding day, something tells her that even the veil’s good luck isn’t enough to make her marriage last forever. Overwhelmed and panicked, she escapes to the Virgin Islands to clear her head. Meanwhile, her grandmother Babs is also feeling shaken. Still grieving the death of her beloved husband, she decides to move out of the house they once shared and into a retirement community. Though she hopes it’s a new beginning, she does not expect to run into an old flame, dredging up the same complicated emotions she felt a lifetime ago.

1914: Socialite Edith Vanderbilt is struggling to manage the luxurious Biltmore Estate after the untimely death of her cherished husband. With 250 rooms to oversee and an entire village dependent on her family to stay afloat, Edith is determined to uphold the Vanderbilt legacy—and prepare her free-spirited daughter Cornelia to inherit it—in spite of her family’s deteriorating financial situation. But Cornelia has dreams of her own. Asheville, North Carolina has always been her safe haven away from the prying eyes of the press, but as she explores more of the rapidly changing world around her, she’s torn between upholding tradition and pursuing the exciting future that lies beyond Biltmore’s gilded gates.

In the vein of Therese Anne Fowler’s A Well-Behaved Woman and Jennifer Robson’s The Gown, The Wedding Veil brings to vivid life a group of remarkable women forging their own paths—and explores the mystery of a national heirloom lost to time.