Join local author Michael Lewis to celebrate the release of his new non-fiction middle grade novel “Fight Like a Girl” in this in-person event, perfect for Women’s History Month!

Following the success of his 4 children’s picture books (Cap’n McNasty’s Pirate Guide, The Great Pirate Christmas Battle, Battle For The Knotty List, and The Great Thanksgiving Food Fight), Mike is excited for the release of Fight Like A Girl, his first middle grade book. He also enjoys writing song lyrics, stage plays, and movie scripts. Mike moonlights as a financial advisor for Northwestern Mutual and lives in the Boston area with his wife and four sons. 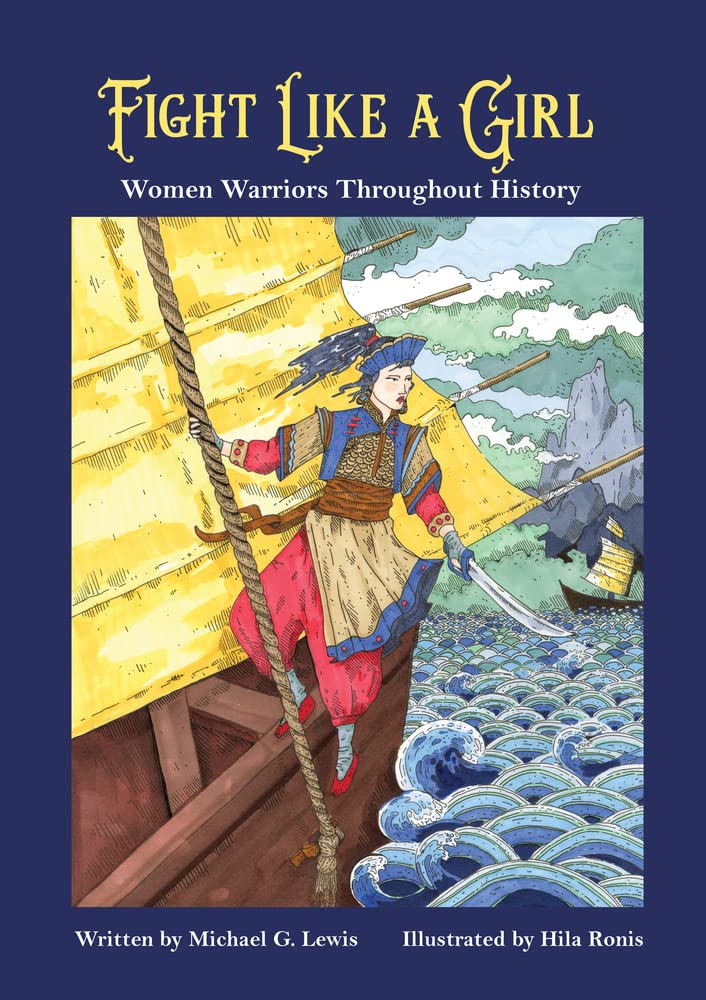 Women have been successfully fighting in combat roles since the beginning of time. During Michael G. Lewis’s research, he discovered women warriors in nearly every century, country, and culture. Their differences are many —some were queens, some prostitutes, some fought for country, others for religion, while others were motivated by blind loyalty, bloodlust, fame, revenge, and even plain old fashioned greed. Yes, their differences are many, but they are more defined by striking similarities—all were smart, stubborn, almost supernaturally brave, and extraordinary. Their stories are inspiring but also chilling. Their exploits tragic, triumphant, awe inspiring, and even humorous. But their stories are unknown. These women warriors—these “Band of Sisters,” as it were—had far reaching effects on the entire world, and their stories deserve to be told.