Join international award-winning video game developer and author Dustin Hansen in-person to share his new middle grade novel “The Legend of the Dream Giants,” about an orphaned giant named Berg is in search of just one person he can call a friend.

Dustin Hansen is an international award-winning video game developer and has been creating story and art for the children’s entertainment world for decades. He has also worked in theme parks, and as the Innovation Director for Hasbro Inc. He is the author of the Microsaurs series, a graphic novel My Video Game Ate My Homework, and a nonfiction bestseller, Game On! Video Game History from Pong and Pac-Man to Mario, Minecraft and More.

As a dyslexic writer, Dustin’s drive to combine visuals with the written word has been a thread throughout his career. 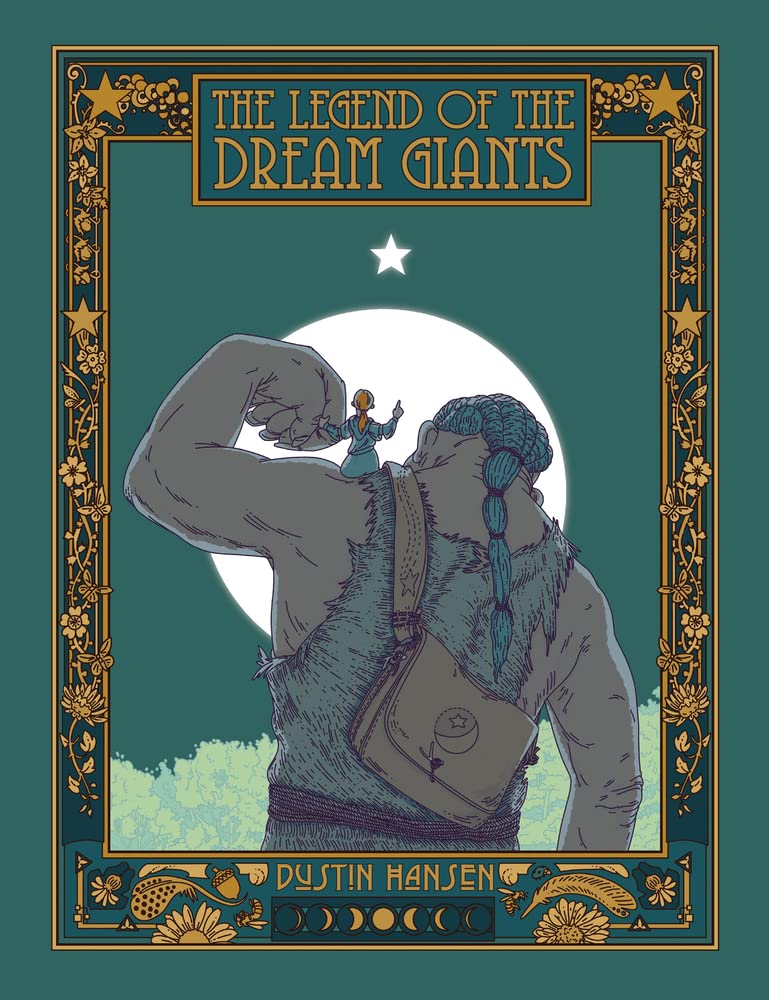 “The Legend of the Dream Giants is a touching, memorable tale about trust, betrayal, and love.” ?Foreword Reviews, Starred Review

“Lilting writing has the feel of an epic poem, a tale of growing wise and of learning how to both hold on and let go. A moving and evocative must-read.” ?Kirkus, Starred Review

An orphaned giant named Berg is hoping to find just one person he can call friend.

For many years, Berg has lived alone; the only reminders of his family are his mother’s satchel and his recurring dreams of a white bear who shares a magical sand from a fallen star.

Sometimes, when Berg feels lonely, he will risk entering a village to trade a smooth river rock or a feather for food. He’s really searching for kindness and companionship; but with every attempt he makes, people chase him away, thinking he is Ünhold?a giant and a monster.

In his travels, Berg comes upon a city made of iron, where he meets a little girl, Anya. To his amazement and delight, Anya knows about the magical dream-sand, too, and says she wants to be his friend.

The mayor also befriends Berg and enlists him to guard the city from the dangerous Ünhold. But Anya suspects the mayor has other plans for the young giant. Fearing the city isn’t safe, she warns Berg to flee. Confused and torn between his two friends, the young giant has to figure out where he can place his trust.

This tender and unique story-within-a-story is a riveting tale of loss, longing, adventure, being yourself, and finding the true meaning of friendship.