Join in a virtual event with author Fred Bowen and illustrator James E. Ransome in celebration of “Hardcourt: Stories from 75 Years of the National Basketball Association.”

Fred Bowen is the author of Gridiron and more than twenty additional children’s books about sports, and for the past twenty years has written the weekly KidsPost column in The Washington Post. Fred lives in Maryland with his family. Visit him at FredBowen.com.

James E. Ransome’s highly acclaimed illustrations for The Bell Rang, which he also authored, received the 2020 Coretta Scott King Illustrator Honor. His other award-winning titles include the Coretta Scott King winner The Creation; Coretta Scott King Honor Book Uncle Jed’s Barbershop; Sweet Clara and the Freedom Quilt; Before She Was Harriet, and Let My People Go, winner of the NAACP Image Award. He frequently collaborates with his wife, author Lesa Cline-Ransome. One of their recent titles is Game Changers: The Story of Venus and Serena Williams, which received four starred reviews and was an ALA Notable Children’s Book.  He lives in New York’s Hudson River Valley region with his family. Visit James at JamesRansome.com. 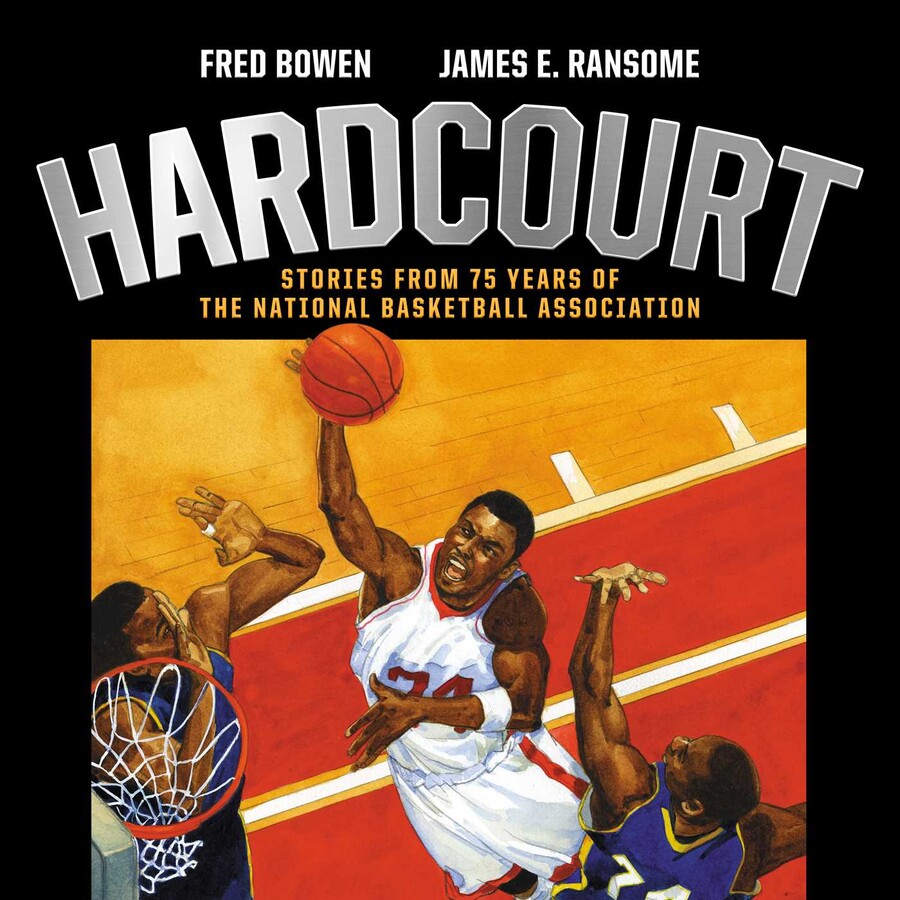 Celebrate seventy-five years of the NBA in this exciting and beautifully illustrated middle grade account of the legendary athletes, coaches, and teams that changed basketball forever and created a national phenomenon enjoyed by millions today.

The National Basketball Association is the biggest league for one of the nation’s most beloved sports. Played in massive stadiums by athletes who are now household names, with millions of fans around the world, basketball has truly become a global phenomenon. But it didn’t always exist the way we know it now.

Follow basketball from its humble beginnings as a casual indoor pastime played in gyms and colleges through its evolution for seventy-five years of hardcourt history. The NBA gained legions of fans thanks to the introduction of rules like the three-point line and the twenty-four second clock, and teams such as the Harlem Globetrotters, who paved the way for desegregated teams. Discover the story of the legendary Olympic Dream Team of 1992 and beloved players like Larry Bird, Magic Johnson, Michael Jordan, and LeBron James, along with the early game-changers who made basketball what it is today.

With the expert storytelling of veteran sportswriter Fred Bowen and stunning full-page illustrations from award-winning artist James E. Ransome, experience the biggest and best basketball league in the world, the NBA.