Join for the launch of “The Hard Sell” by award-winning writer Evan Hughes.

EVAN HUGHES was a finalist for the National Magazine Award in Reporting in 2015. He has written for The New York Times Magazine, GQ, New York, Wired, and The New York Review of Books. He is the author of Literary Brooklyn. 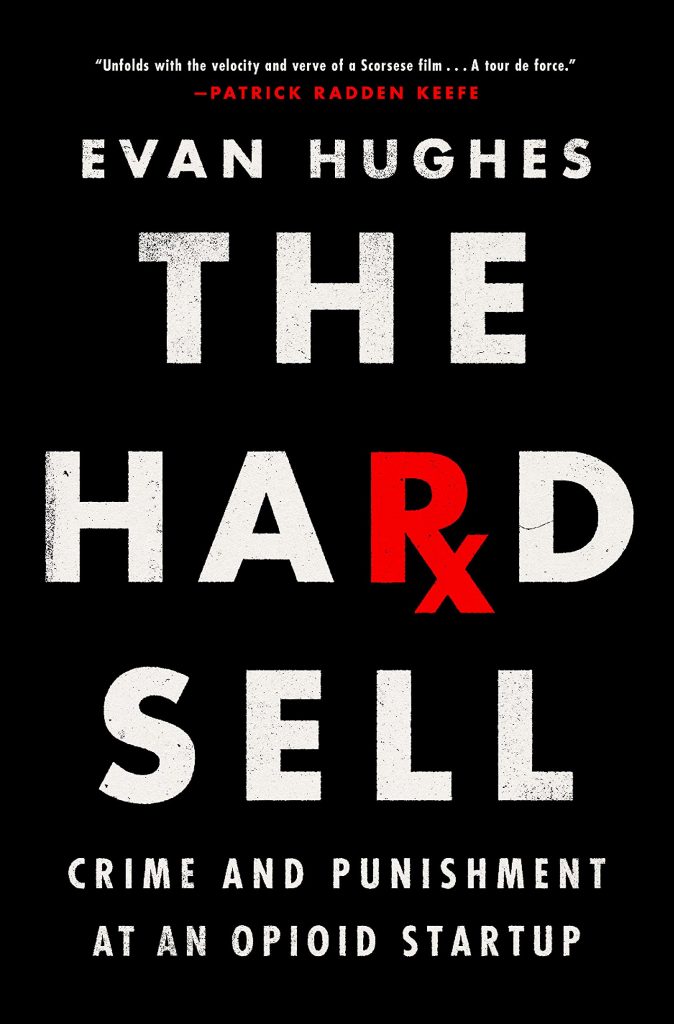 The inside story of a band of entrepreneurial upstarts who made millions selling painkillers—until their scheme unraveled, putting them at the center of a landmark criminal trial.

“A feat of rigorous sleuthing and deft storytelling that unfolds with the velocity and verve of a Scorsese film… A tour de force.”
—Patrick Radden Keefe

John Kapoor had already amassed a small fortune in pharmaceuticals when he founded Insys Therapeutics. It was the early 2000s, a boom time for painkillers, and he developed a novel formulation of fentanyl, the most potent opioid on the market.

Kapoor, a brilliant immigrant scientist with relentless business instincts, was eager to make the most of his innovation. He gathered around him an ambitious group of young lieutenants. His head of sales—an unstable and unmanageable leader, but a genius of persuasion—built a team willing to pull every lever to close a sale, going so far as to recruit an exotic dancer ready to scrape her way up. They zeroed in on the eccentric and suspect doctors receptive to their methods. Employees at headquarters did their part by deceiving insurance companies. The drug was a niche product, approved only for cancer patients in dire condition, but the company’s leadership pushed it more widely, and together they turned Insys into a Wall Street sensation.

But several insiders reached their breaking point and blew the whistle. They sparked a sprawling investigation that would lead to a dramatic courtroom battle, breaking new ground in the government’s fight to hold the drug industry accountable in the spread of addictive opioids.

In The Hard Sell, National Magazine Award–finalist Evan Hughes lays bare the pharma playbook. He draws on unprecedented access to insiders of the Insys saga, from top executives to foot soldiers, from the patients and staff of far-flung clinics to the Boston investigators who treated the case as a drug-trafficking conspiracy, flipping cooperators and closing in on the key players.

With colorful characters and true suspense, The Hard Sell offers a bracing look not just at Insys, but at how opioids are sold at the point they first enter the national bloodstream—in the doctor’s office.