Join in a virtual event with Neal and Jarrod Shusterman, authors of “Roxy.”

Neal Shusterman is the New York Times bestselling author of more than thirty award-winning books for children, teens, and adults, including the Unwind dystology, the Skinjacker trilogy, Downsiders, and Challenger Deep, which won the National Book Award. Scythe, the first book in his latest series, Arc of a Scythe, is a Michael L. Printz Honor Book. He also writes screenplays for motion pictures and television shows. Neal is the father of four, all of whom are talented writers and artists themselves. Visit Neal at StoryMan.com and Facebook.com/NealShusterman.

Jarrod Shusterman is the New York Times bestselling coauthor of Dry. He has a passion for storytelling across many mediums, with love and multiculturalism as an ethos. Jarrod writes and directs with his partner Sofia, under their company Dos Lobos Entertainment. Together they enjoy traveling the world and learning new languages, living between Los Angeles and Spain. They can be found on Instagram @DosLobosMedia. 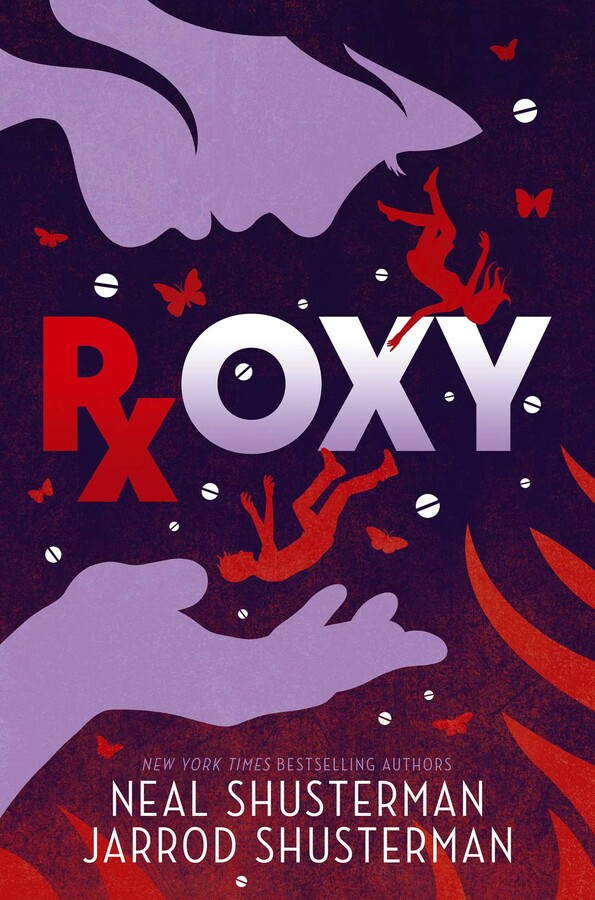 From the team that brought you the New York Times bestselling Dry comes a riveting new thriller that proves when gods play games, even love is a lie.

The freeway is coming.

It will cut the neighborhood in two. Construction has already started, pushing toward this corridor of condemned houses and cracked concrete with the momentum of the inevitable. Yet there you are, in the fifth house on the left, fighting for your life.

The victim of the bet between two manufactured gods: the seductive and lethal Roxy (Oxycontin), who is at the top of her game, and the smart, high-achieving Addison (Adderall), who is tired of being the helpful one, and longs for a more dangerous, less wholesome image. The wager—a contest to see who can bring their mark to “the Party” first—is a race to the bottom of a rave that has raged since the beginning of time. And you are only human, dazzled by the lights and music. Drawn by what the drugs offer—tempted to take that step past helpful to harmful…and the troubled places that lie beyond.

But there are two I. Rameys—Isaac, a soccer player thrown into Roxy’s orbit by a bad fall and a bad doctor and Ivy, his older sister, whose increasing frustration with her untreated ADHD leads her to renew her acquaintance with Addy.

Which one are you?