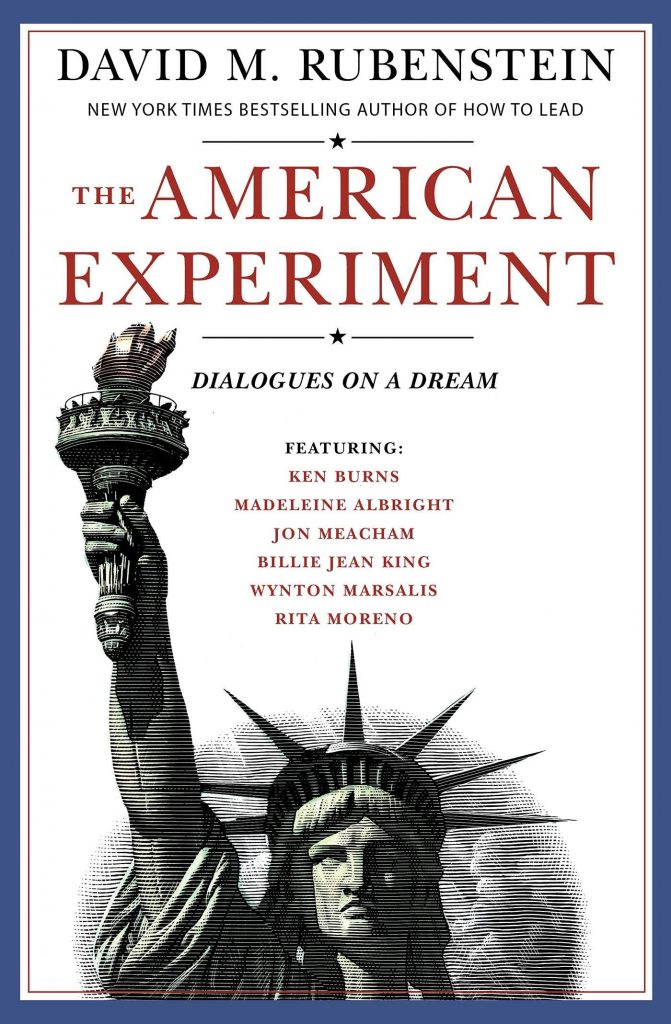 The capstone book in a trilogy from the New York Times bestselling author of How to Lead and The American Story and host of Bloomberg TV’s The David Rubenstein Show—American icons and historians on the ever-evolving American experiment, featuring Ken Burns, Madeleine Albright, Wynton Marsalis, Billie Jean King, Henry Louis Gates Jr., and many more.

In this lively collection of conversations—the third in a series from David Rubenstein—some of our nations’ greatest minds explore the inspiring story of America as a grand experiment in democracy, culture, innovation, and ideas.

Exploring the diverse make-up of our country’s DNA through interviews with Pulitzer Prize–winning historians, diplomats, music legends, and sports giants, The American Experiment captures the dynamic arc of a young country reinventing itself in real-time. Through these enlightening conversations, the American spirit comes alive, revealing the setbacks, suffering, invention, ingenuity, and social movements that continue to shape our vision of what America is—and what it can be.