Join in a virtual event with Bruce D. Jones, author of “To Rule the Waves.”

Bruce D. Jones directs the Project on International Order and Strategy of the Foreign Policy program at the Brookings Institution, where for four years he was also vice president. He has lived and worked in Asia, Africa, and Europe, including serving with UN operations in Kosovo and the Middle East. He has documented the changing dynamics of world power in several previous books about international affairs. He has been a senior advisor to the World Bank and has lectured or been a nonresident fellow at Princeton, Stanford, Yale, and New York University. 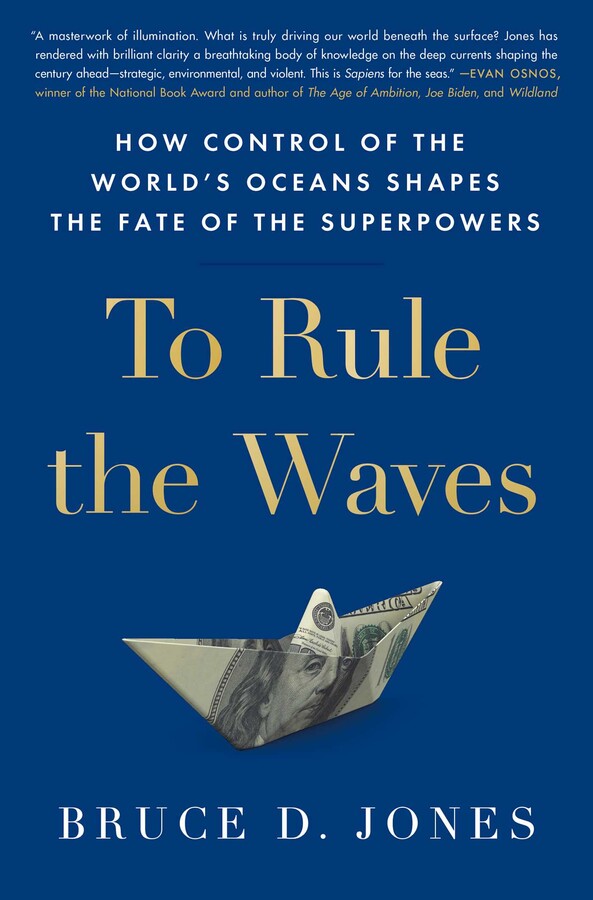 From a brilliant Brookings Institution writer, a vivid, timely, and insightful examination of the critical role that oceans play in the daily struggle for global power, in the bestselling tradition of Robert Kaplan’s The Revenge of Geography.

For centuries, oceans were the chessboard on which empires battled for dominance. But in the nuclear age, air power and missile systems dominated our worries about security, and for the United States, the economy was largely driven by domestic production, with trucking and railways that crisscrossed the continent the primary modes of commercial transit.

All that has changed, as nine-tenths of global commerce and the bulk of energy trade is today linked to sea-based flows. A brightly-painted 40-foot steel shipping container loaded in Asia with twenty tons of goods may arrive literally anywhere else in the world; how that really happens and who actually profits by it show that the struggle for power on the seas is a critical issue today.

Now, in bright, closely observed prose, To Rule the Waves author Bruce Jones conducts us on a fascinating voyage through the great modern ports and naval bases of this era—from the vast container ports of Shanghai and Hong Kong to the vital naval base of the American 7th fleet in Hawaii to the sophisticated security arrangements in the port of New York. Along the way, the book illustrates how global commerce works, that we are amidst a global naval arms race, and why the oceans are so crucial to America’s standing going forward.

As Jones reveals, the three great geopolitical struggles of our time—for military power, for economic dominance, and over our changing climate—are playing out atop, within, and below the world’s oceans. The essential question, he shows, is this: who will rule the waves and set the terms of the world to come?