Join in a virtual event with Sasha Peyton Smith, author of “The Witch Haven.”

Sasha Peyton Smith grew up in the mountains of Utah surrounded by siblings, books, and one very old cat. She attended the University of Utah and the George Washington University where she studied biology and public health. She is not a witch, though she does own a lot of crystals and always knows what phase the moon is in. She currently lives in Washington DC. 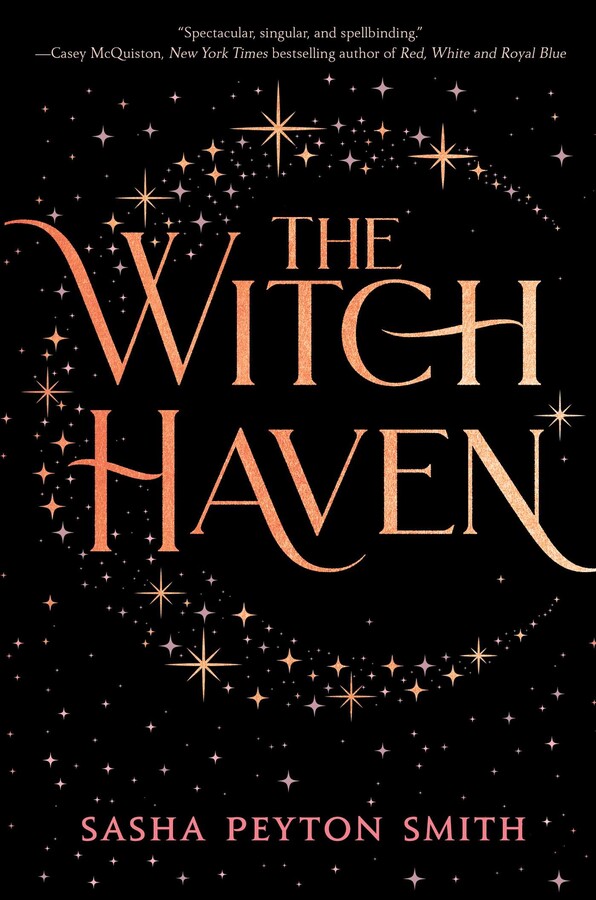 Deluxe edition with special embellishments on first printing only!

The Last Magician meets The Lady’s Guide to Petticoats and Piracy in this thrilling and atmospheric historical fantasy following a young woman who discovers she has magical powers and is thrust into a battle between witches and wizards.

In 1911 New York City, seventeen-year-old Frances Hallowell spends her days as a seamstress, mourning the mysterious death of her brother months prior. Everything changes when she’s attacked and a man ends up dead at her feet—her scissors in his neck, and she can’t explain how they got there.

Before she can be condemned as a murderess, two cape-wearing nurses arrive to inform her she is deathly ill and ordered to report to Haxahaven Sanitarium. But Frances finds Haxahaven isn’t a sanitarium at all: it’s a school for witches. Within Haxahaven’s glittering walls, Frances finds the sisterhood she craves, but the headmistress warns Frances that magic is dangerous. Frances has no interest in the small, safe magic of her school, and is instead enchanted by Finn, a boy with magic himself who appears in her dreams and tells her he can teach her all she’s been craving to learn, lessons that may bring her closer to discovering what truly happened to her brother.

Frances’s newfound power attracts the attention of the leader of an ancient order who yearns for magical control of Manhattan. And who will stop at nothing to have Frances by his side. Frances must ultimately choose what matters more, justice for her murdered brother and her growing feelings for Finn, or the safety of her city and fellow witches. What price would she pay for power, and what if the truth is more terrible than she ever imagined?