Join Jesse Watters from Fox News for author event on “How I Saved the World.”

Jesse Watters is the co-host of The Five and host of Watters’ World. Before this, Jesse was a producer and correspondent for The O’Reilly Factor, which showcased his comedic street interviews, aggressive confrontations and entertaining adventures all across the country. Born in Philadelphia, Jesse graduated from Trinity College in Hartford, CT with a Bachelors’ in History. 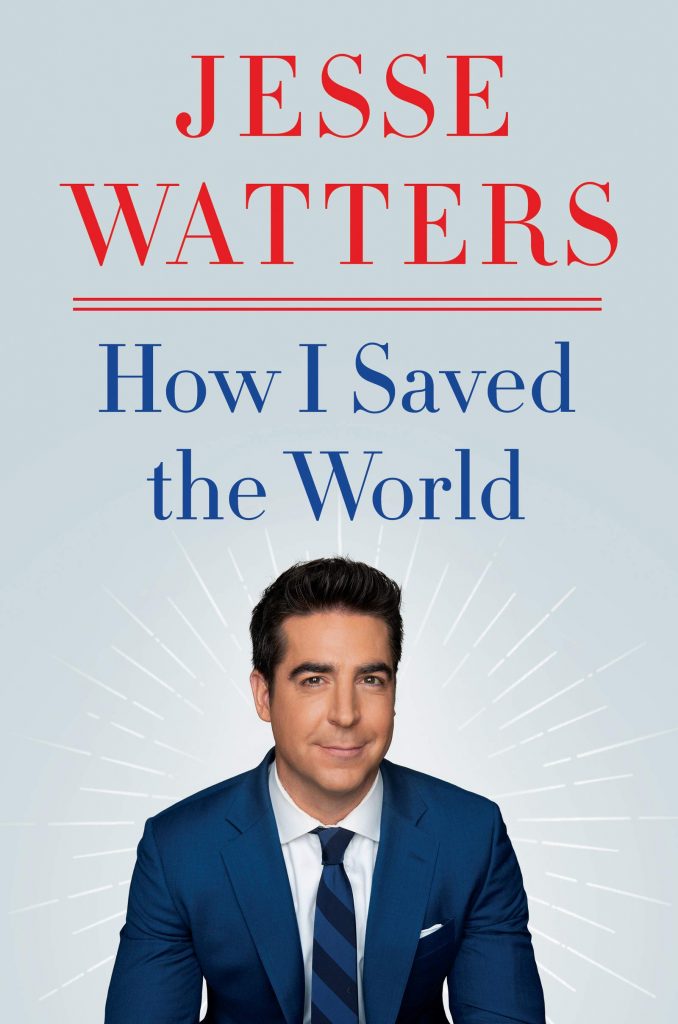 At one of the most chaotic periods in American history, in a time of national distrust and despair, one tanned TV host holds the key to the future.

In How I Saved the World, Jesse Watters takes readers on a tour of his life from basement-dwelling Fox minion to pampered champion of right-thinking Americans. He has divined great truths about the nature of our country while stumbling across beaches asking oblivious college students basic political questions and while stumbling out of Air Force One with the President.

Interspersed are his thoughtful suggestions for overcoming left-wing radicalism, maintaining American democracy, moving beyond aging hippies (like his long-suffering, loving parents), saving the world from social justice warriors and the deep state—all while smirking his way through life in only the nicest way.

Watters outlines the stark choice ahead of us between all-American hamburgers and leftist Green New Deal breadlines (okay, maybe that one is a no-brainer) and shows the way for order and fairness to be restored. A manifesto and a call-to-arms from a man for all seasons, How I Saved the World is a hilarious, enlightening, entertaining book with a reasonable chance of winning a Nobel Prize in every category, even chemistry.