Join in a virtual event with Zakiya Dalila Harris, author of “The Other Black Girl” and Jennifer Weiner, author of “That Summer.”

Zakiya Dalila Harris spent nearly three years in editorial at Knopf/Doubleday before leaving to write her debut novel The Other Black Girl. Prior to working in publishing, Zakiya received her MFA in creative writing from The New School. Her essays and book reviews have appeared in Guernica and The Rumpus. She lives in Brooklyn.

Jennifer Weiner is the #1 New York Times bestselling author of eighteen books, including Big Summer, Mrs. Everything, Good in Bed, and an essay collection, Hungry Heart: Adventures in Life, Love, and Writing. A graduate of Princeton University and a frequent contributor to the New York Times Opinion section, Jennifer lives with her family in Philadelphia. Visit her online at JenniferWeiner.com. 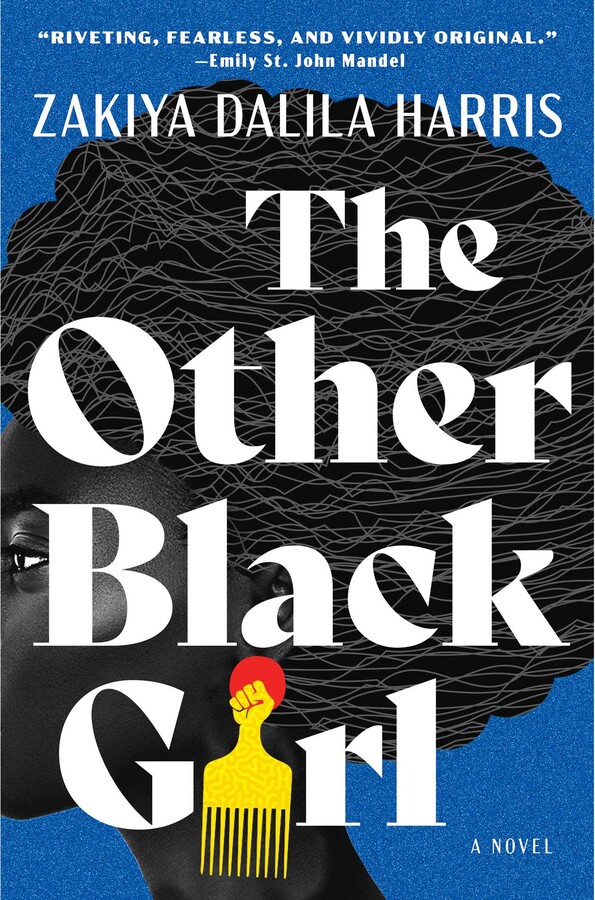 “A brilliant combustion of suspense, horror, and social commentary that leaves no assumption unchallenged and no page unturned.” —Walter Mosley, internationally bestselling author of Devil in a Blue Dress

Urgent, propulsive, and sharp as a knife, The Other Black Girl is an electric debut about the tension that unfurls when two young Black women meet against the starkly white backdrop of New York City book publishing.

Twenty-six-year-old editorial assistant Nella Rogers is tired of being the only Black employee at Wagner Books. Fed up with the isolation and microaggressions, she’s thrilled when Harlem-born and bred Hazel starts working in the cubicle beside hers. They’ve only just started comparing natural hair care regimens, though, when a string of uncomfortable events elevates Hazel to Office Darling, and Nella is left in the dust.

Then the notes begin to appear on Nella’s desk: LEAVE WAGNER. NOW.

It’s hard to believe Hazel is behind these hostile messages. But as Nella starts to spiral and obsess over the sinister forces at play, she soon realizes that there’s a lot more at stake than just her career.

A whip-smart and dynamic thriller and sly social commentary that is perfect for anyone who has ever felt manipulated, threatened, or overlooked in the workplace, The Other Black Girl will keep you on the edge of your seat until the very last twist.

“Weiner, the undisputed boss of the beach read, is back with another stunner.” —The New York Times

“That Summer Is Your *IDEAL* Beach Read.” —Cosmopolitan

From the #1 New York Times bestselling author of Big Summer comes another deliciously twisty novel of intrigue, secrets, and the transformative power of female friendship.

Daisy Shoemaker can’t sleep. With a thriving cooking business, full schedule of volunteer work, and a beautiful home in the Philadelphia suburbs, she should be content. But her teenage daughter can be a handful, her husband can be distant, her work can feel trivial, and she has lots of acquaintances, but no real friends. Still, Daisy knows she’s got it good. So why is she up all night?

While Daisy tries to identify the root of her dissatisfaction, she’s also receiving misdirected emails meant for a woman named Diana Starling, whose email address is just one punctuation mark away from her own. While Daisy’s driving carpools, Diana is chairing meetings. While Daisy’s making dinner, Diana’s making plans to reorganize corporations. Diana’s glamorous, sophisticated, single-lady life is miles away from Daisy’s simpler existence. When an apology leads to an invitation, the two women meet and become friends. But, as they get closer, we learn that their connection was not completely accidental. Who IS this other woman, and what does she want with Daisy?

From the manicured Main Line of Philadelphia to the wild landscape of the Outer Cape, written with Jennifer Weiner’s signature wit and sharp observations, That Summer is a story about surviving our pasts, confronting our futures, and the sustaining bonds of friendship.