Daniel Silva is the award-winning, #1  New York Times bestselling author of The Unlikely Spy, The Mark of the Assassin, The Marching Season, The Kill Artist, The English Assassin, The Confessor, A Death in Vienna, Prince of Fire, The Messenger, The Secret Servant, Moscow Rules, The Defector, The Rembrandt Affair, Portrait of a Spy, The Fallen Angel, The English Girl, The Heist, The English Spy, The Black Widow, House of Spies, The Other Woman, The New Girl, and The Order.  He is best known for his long-running thriller series starring spy and art restorer Gabriel Allon. Silva’s books are critically acclaimed bestsellers around the world and have been translated into more than 30 languages. He resides in Florida with his wife, television journalist Jamie Gangel, and their twins, Lily and Nicholas. For more information visit www.danielsilvabooks.com 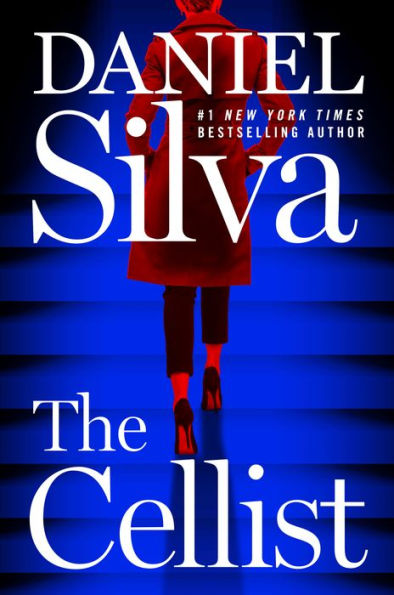 Viktor Orlov had a longstanding appointment with death. Once Russia’s richest man, he now resides in splendid exile in London, where he has waged a tireless crusade against the authoritarian kleptocrats who have seized control of the Kremlin. His mansion in Chelsea’s exclusive Cheyne Walk is one of the most heavily protected private dwellings in London. Yet somehow, on a rainy summer evening, in the midst of a global pandemic, Russia’s vengeful president finally manages to cross Orlov’s name off his kill list.

Before him was the receiver from his landline telephone, a half-drunk glass of red wine, and a stack of documents.…

The documents are contaminated with a deadly nerve agent. The Metropolitan Police determine that they were delivered to Orlov’s home by one of his employees, a prominent investigative reporter from the anti-Kremlin Moskovskaya Gazeta. And when the reporter slips from London hours after the killing, MI6 concludes she is a Moscow Center assassin who has cunningly penetrated Orlov’s formidable defenses.

But Gabriel Allon, who owes his very life to Viktor Orlov, believes his friends in British intelligence are dangerously mistaken. His desperate search for the truth will take him from London to Amsterdam and eventually to Geneva, where a private intelligence service controlled by a childhood friend of the Russian president is using KGB-style “active measures” to undermine the West from within. Known as the Haydn Group, the unit is plotting an unspeakable act of violence that will plunge an already divided America into chaos and leave Russia unchallenged. Only Gabriel Allon, with the help of a brilliant young woman employed by the world’s dirtiest bank, can stop it.

Elegant and sophisticated, provocative and daring, The Cellist explores one of the preeminent threats facing the West today—the corrupting influence of dirty money wielded by a revanchist and reckless Russia. It is at once a novel of hope and a stark warning about the fragile state of democracy. And it proves once again why Daniel Silva is regarded as his generation’s finest writer of suspense and international intrigue.