Join in a virtual event with John Paul Brammer, author of “Hola Papi.”

John Paul Brammer is an author, illustrator, and columnist from rural Oklahoma currently living in Brooklyn. He runs the popular advice column “¡Hola Papi!” on Substack. His work, including essays, short fiction, and illustrations, has appeared in The Washington Post, Food & Wine, Catapult, Business Insider, and many more. This is his first book. He runs a print shop where he puts his artwork and designs at HolaPapiShop.com. You can keep up with him on Twitter or Instagram @JPBrammer. 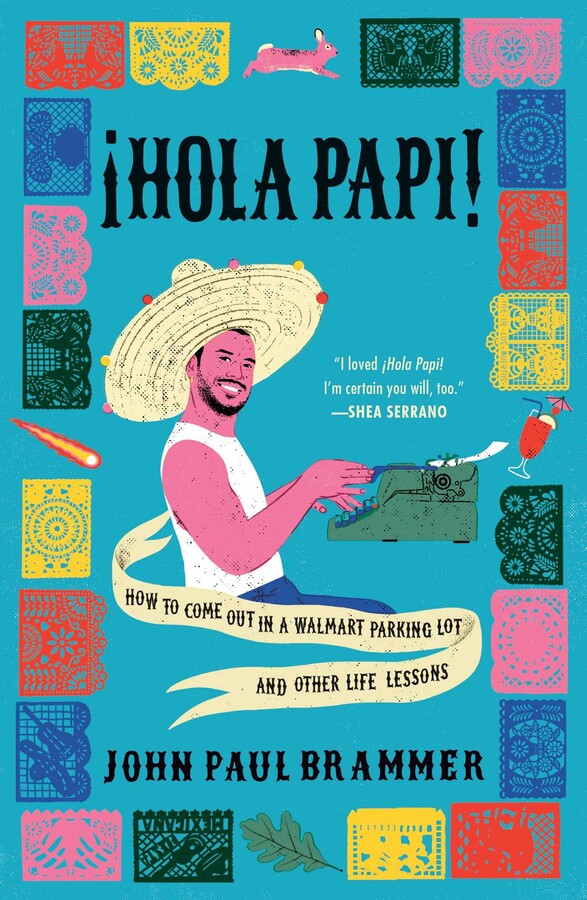 From popular LGBTQ advice columnist and writer John Paul Brammer comes a hilarious, heartwarming memoir-in-essays chronicling his journey growing up as a queer, mixed-race kid in America’s heartland to becoming the “Chicano Carrie Bradshaw” of his generation.

The first time someone called John Paul (JP) Brammer “Papi” was on the popular gay hookup app Grindr. At first, it was flattering; JP took this as white-guy speak for “hey, handsome.” Who doesn’t want to be called handsome? But then it happened again and again…and again, leaving JP wondering: Who the hell is Papi?

What started as a racialized moniker given to him on a hookup app soon became the inspiration for his now wildly popular advice column “¡Hola Papi!,” launching his career as the Cheryl Strayed for young queer people everywhere—and some straight people too. JP had his doubts at first—what advice could he really offer while he himself stumbled through his early 20s? Sometimes the best advice to dole outcomes from looking within, which is what JP has done in his column and book—and readers have flocked to him for honest, heartfelt wisdom, and of course, a few laughs.

In ¡Hola Papi!, JP shares his story of growing up biracial and in the closet in America’s heartland, while attempting to answer some of life’s toughest questions: How do I let go of the past? How do I become the person I want to be? Is there such a thing as being too gay? Should I hook up with my grade school bully now that he’s out of the closet? Questions we’ve all asked ourselves, surely.

With wit and wisdom in equal measure, ¡Hola Papi! is for anyone—gay, straight, and everything in between—who has ever taken stock of their unique place in the world, offering considered advice, intelligent discourse, and fits of laughter along the way. “Readers are likely to become addicted to these stories; they’re that good…Brammer comes to know himself very well, and readers will be delighted to make his acquaintance, too,” says Booklist in a starred review.