Join actor and director John Krasinski and photographer Jonny Cournoyer for a virtual event to discuss “A Quiet Place: Making of a Silent World.”

John Krasinski is an American actor and filmmaker. He is the recipient of four Primetime Emmy Award nominations and two Screen Actors Guild Awards. Emily Blunt is an award-winning British-American actress who received the Screen Actors Guild Award for Best Supporting Actress for A Quiet Place. As set photographer, Jonny Cournoyer‘s credits include the A Quiet Place films, Tom Clancy’s Jack Ryan series, and Other People. 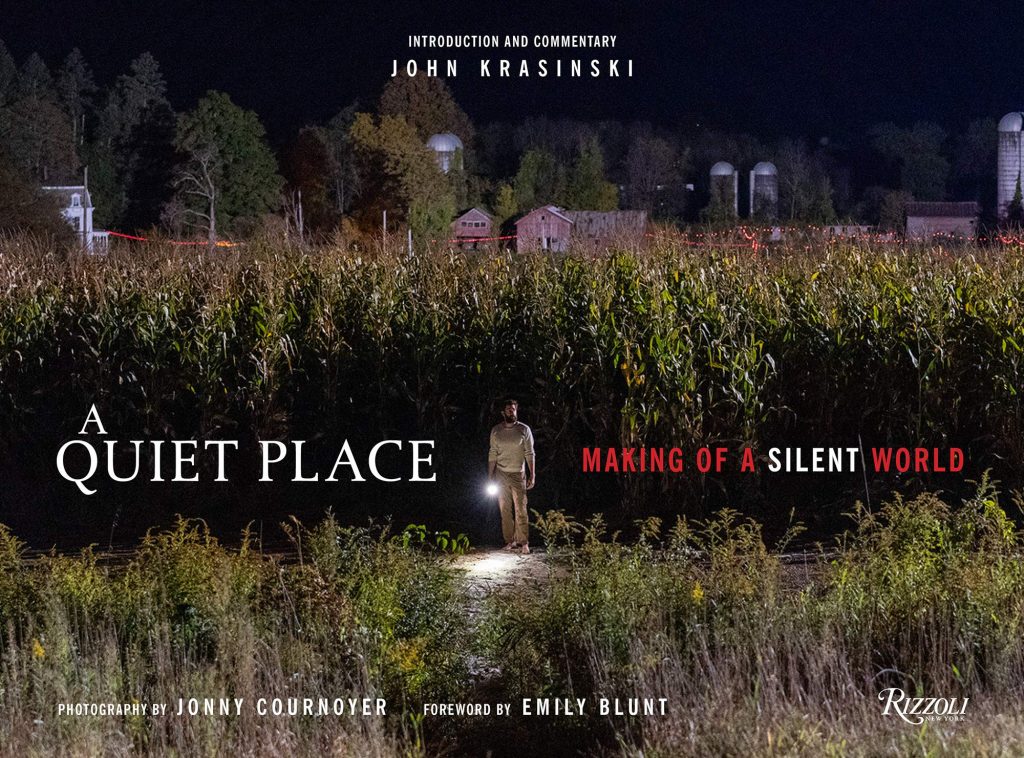 The vision behind the creation of the new horror classic A Quiet Place and its sequel, A Quiet Place Part II, as told by the film’s co-writer, director, and star John Krasinski.

John Krasinski reveals the making of the shocking, near-silent film A Quiet Place, with dramatic behind-the-scenes photographs and running commentary about the journey to the silver screen.

A Quiet Place portrays the struggle of the Abbott family to survive as the parents (Krasinski and Emily Blunt) raise their children in utter silence so as to not attract the alien evil that lurks in the surrounding forest. Released by Paramount Pictures, the film became a major box-office success and received critical acclaim for its atmosphere, direction, acting, and sound design.

Also included are never-before-seen photographs and Krasinski’s director’s take on the much-anticipated sequel, A Quiet Place Part II, to be released May 2021. With a foreword by co-star Emily Blunt and contributions from co-stars and production teams, this volume will be a valuable, insightful companion to both films for fans and film buffs.