Join New York Times bestselling Jasmine Guillory for a live virtual discussion of “While We Were Dating.”

Jasmine Guillory is the New York Times bestselling author of The Wedding Date, The Proposal,The Wedding Party, Royal Holiday, and Party of Two. Her work has appeared in Cosmopolitan, Real Simple, Shondaland.com, and O, The Oprah Magazine. She lives in Oakland, California. 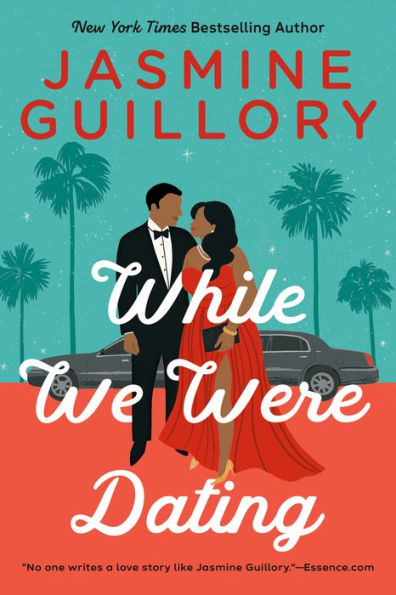 Jasmine Guillory was one of the first to the rom-com market and continues to build on her world of young professionals looking for love — and laughs. It is our not-so-secret hope that she writes us one of her spectacular meet-cutes every year! Believe the hype and fall head over heels with While We Were Dating.

Two people realize that it’s no longer an act when they veer off-script in this sizzling romantic comedy by New York Times bestselling author Jasmine Guillory.

Ben Stephens has never bothered with serious relationships. He has plenty of casual dates to keep him busy, family drama he’s trying to ignore and his advertising job to focus on. When Ben lands a huge ad campaign featuring movie star, Anna Gardiner, however, it’s hard to keep it purely professional. Anna is not just gorgeous and sexy, she’s also down to earth and considerate, and he can’t help flirting a little…

Anna Gardiner is on a mission: to make herself a household name, and this ad campaign will be a great distraction while she waits to hear if she’s booked her next movie. However, she didn’t expect Ben Stephens to be her biggest distraction. She knows mixing business with pleasure never works out, but why not indulge in a harmless flirtation?

But their light-hearted banter takes a turn for the serious when Ben helps Anna in a family emergency, and they reveal truths about themselves to each other, truths they’ve barely shared with those closest to them.

When the opportunity comes to turn their real-life fling into something more for the Hollywood spotlight, will Ben be content to play the background role in Anna’s life and leave when the cameras stop rolling? Or could he be the leading man she needs to craft their own Hollywood ending?