Join in a virtual event with Mandy Gonzalez for a discussion on “Fearless.”

[In Conversation with Justina Ireland and Melissa]
May 16, 2021 @ 3:00 pm
Books of Wonder
Registration Link: https://booksofwonder.com/blogs/upcoming/ghostly-middle-grade-tales 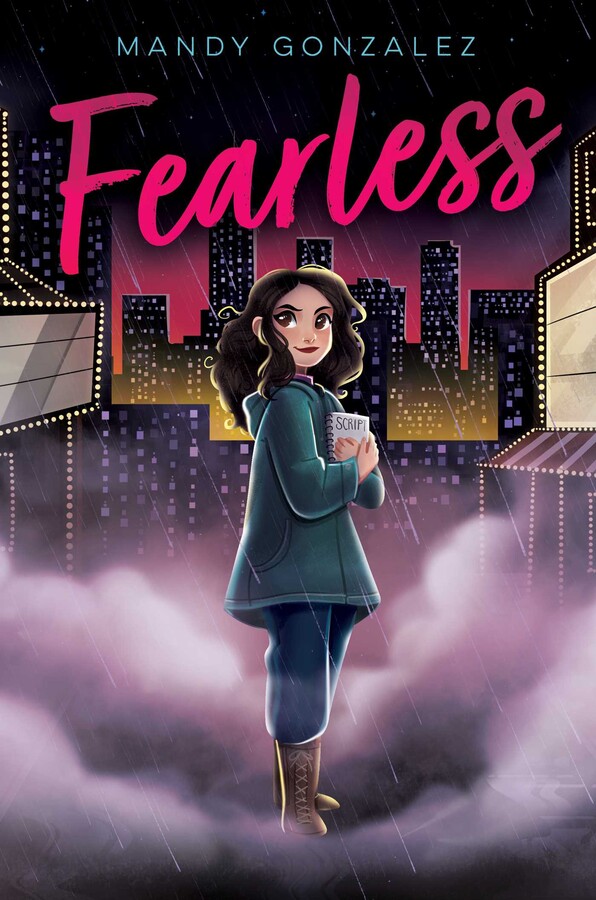 Better Nate than Ever meets Love Sugar Magic in this spooky middle grade novel from Hamilton and Broadway star Mandy Gonzalez about a group of young thespians who must face the ghost haunting their theater.

Twelve-year-old Monica Garcia has arrived in NYC with her grandmother and a few suitcases to live her dream on Broadway. She’s been chosen as understudy to the star of Our Time, the famed Ethel Merman Theater’s last chance to produce a hit before it shutters its doors for good. Along with her fellow castmates—a.k.a. “the squad”—Monica has a big and very personal reason to want this show to succeed.

But rumors of a long-running curse plague the theater. And when strange and terrible things start to threaten their hopes for a successful opening night, Monica and the rest of the squad must figure out how to reverse the curse before their big Broadway debuts.

With the help of her new friends, her family, and a little magic, can Monica help save the show—and save their dreams? From Broadway and television star Mandy Gonzalez comes a story about what it means to dream, be yourself, and be fearless.