Join in a virtual event with F.T. Lukens, author of “In Deeper Waters.”

F.T. Lukens is the author of four young adult novels published through Interlude Press, and her book Rules and Regulations for Mediating Myths & Magic was a 2017 Cybils Award finalist in YA Speculative Fiction, won the ForeWord INDIES Book of the Year Gold Award for YA Fiction, and the Bisexual Book Award for Speculative Fiction, and it was also recently named to ALA’s 2019 Rainbow List. F.T. lives in North Carolina with her husband, three kids, three dogs, and three cats. Visit her at FTLukens.com. 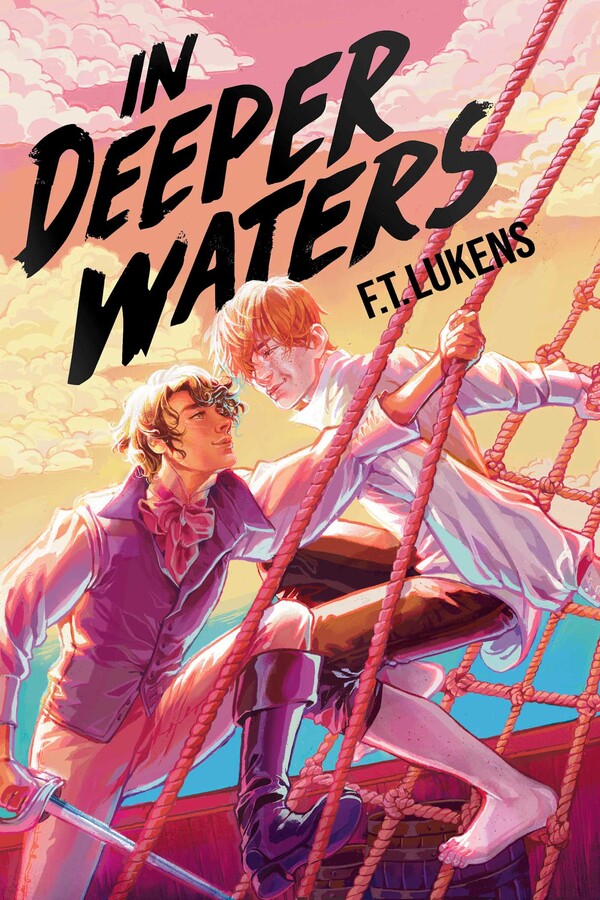 A young prince must rely on a mysterious stranger to save him when he is kidnapped during his coming-of-age tour in this swoony adventure that is The Gentleman’s Guide to Vice and Virtue meets Pirates of the Caribbean.

Prince Tal has long awaited his coming-of-age tour. After spending most of his life cloistered behind palace walls as he learns to keep his forbidden magic secret, he can finally see his family’s kingdom for the first time. His first taste of adventure comes just two days into the journey, when their crew discovers a mysterious prisoner on a burning derelict vessel.

Tasked with watching over the prisoner, Tal is surprised to feel an intense connection with the roguish Athlen. So when Athlen leaps overboard and disappears, Tal feels responsible and heartbroken, knowing Athlen could not have survived in the open ocean.

That is, until Tal runs into Athlen days later on dry land, very much alive, and as charming—and secretive—as ever. But before they can pursue anything further, Tal is kidnapped by pirates and held ransom in a plot to reveal his rumored powers and instigate a war. Tal must escape if he hopes to save his family and the kingdom. And Athlen might just be his only hope…