Join in a virtual event with Noa Tishby, author of “Israel.”

Actress, producer, writer, and activist Noa Tishby was born and raised in Tel Aviv and served two and a half years in the Israeli army before she landed a starring role on the nation’s highest-rated prime time drama Ramat Aviv Gimmel. She became a household name, appearing in numerous TV shows, films, theater productions, and national fashion campaigns, before she moved to Los Angeles, where she sold the Israeli TV show In Treatment to HBO, making history as the first Israeli television show to become an American series. She coproduced over 150 episodes, which earned a Peabody Award and twelve Emmy and Golden Globe nominations. A passionate political activist, Tishby founded the nonprofit “Act for Israel,” Israel’s first online advocacy organization, and has become widely known as Israel’s unofficial ambassador. 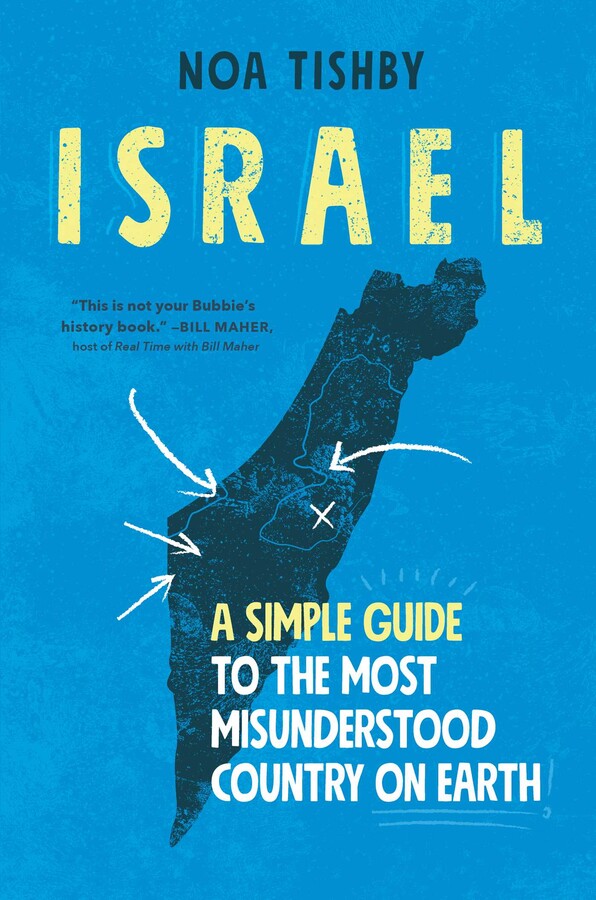 “This is not your Bubbie’s history book.” —Bill Maher, host of Real Time with Bill Maher

?“A fascinating—and very moving—book that should be read by anyone for whom Israel is a mystery.” —Aaron Sorkin, award-winning screenwriter of The West Wing and The Social Network

A personal, spirited, and concise chronological timeline spanning from Biblical times to today that explores one of the most fascinating countries in the world—Israel.

Israel. The small strip of arid land is 5,700 miles away but remains a hot button issue and a thorny topic of debate. But while everyone seems to have a strong opinion about Israel, how many people actually know the facts?

Here to fill in the information gap is Israeli American Noa Tishby. Offering a fresh, 360-degree view, Tishby brings her straight-shooting, engaging, and slightly irreverent voice to the subject, creating an accessible and dynamic portrait of a tiny country of outsized relevance. Through bite-sized chunks of history and deeply personal stories, Tishby chronicles her homeland’s evolution, beginning in Biblical times and moving forward to cover everything from WWI to Israel’s creation to the real disputes dividing the country today. Tackling popular misconceptions with an abundance facts, Tishby provides critical context around headline-generating controversies and offers a clear, intimate account of the richly cultured country of Israel.