Join in a virtual event with William Arkin, author of “The Generals Have No Clothes.”

William M. Arkin is one of America’s premier military experts. His investigative work has appeared on the front pages of The New York Times, The Washington Post, and the Los Angeles Times, and has won many awards. He served as an NBC News analyst and reporter for thirty years and is the bestselling author of more than a dozen books, including Top Secret America and History in One Act: A Novel of 9/11. Arkin served in Army intelligence in West Berlin during the Cold War and has been a consultant to wide-ranging organizations, including the US Air Force, the United Nations Secretary General, Human Rights Watch, and the Natural Resources Defense Council. 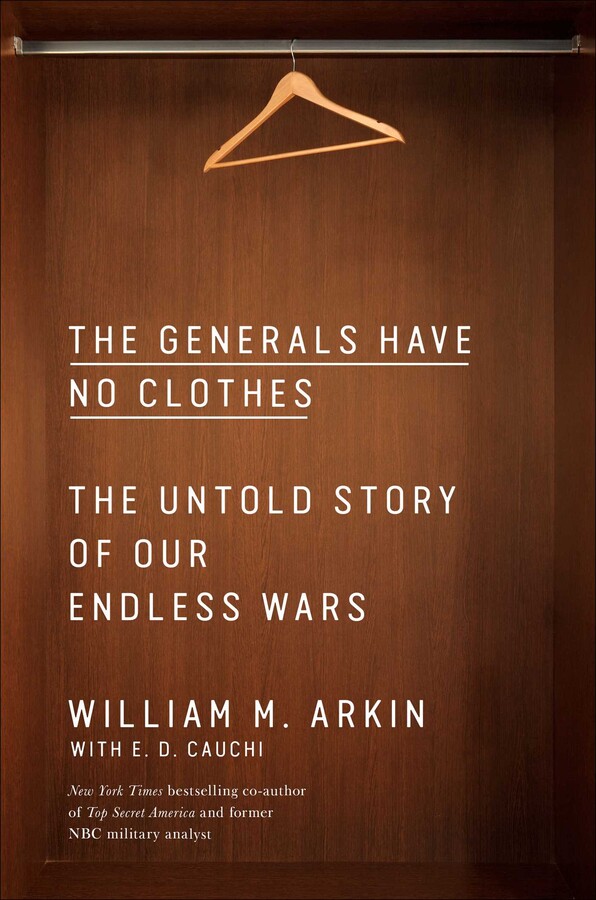 The definitive book about America’s perpetual wars and how to end them from bestselling author, military expert, and award-winning journalist William M. Arkin.

The first rule of perpetual war is to never stop, a fact which former NBC News analyst William M. Arkin knows better than anyone, having served in the Army and having covered all of America’s wars over the past three decades. He has spent his career investigating how the military throws around the word “war” to justify everything, from physical combat to today’s globe-straddling cyber and intelligence network.

In The Generals Have No Clothes, Arkin traces how we got where we are—bombing ten countries, killing terrorists in dozens more—all without Congressional approval or public knowledge. Starting after the 9/11 attacks, the government put forth a singular idea that perpetual war was the only way to keep the American people safe. Arkin explains why President Obama failed to achieve his national security goal of ending war in Iraq and reducing our military engagements, and shows how President Trump has been frustrated in his attempts to end conflict in Afghanistan and Syria. He also reveals how COVID-19 is a watershed moment for the military, where the country’s civilian and public health needs clash with the demands of future wars against China and Russia, North Korea and Iran.

Proposing bold solutions, Arkin calls for a new era of civilian control over the military. He also calls for a Global Security Index (GSX), the security equivalent to the Dow Jones Industrial Average, which would measure the national and international events in real time to determine whether perpetual war is actually making the nation safer. Arguing that the American people should be empowered by facts rather than spurred by fear, The Generals Have No Clothes outlines how we can take control of the military…before it’s too late.