Jesse Tyler Ferguson is a celebrated actor with a passion for cooking and entertaining, best known for his lead role in the TV series Modern Family. He lives in Los Angeles with his husband, Justin Mikita, and their baby, Beckett.

Julie Tanous is a private chef, recipe developer, and writer. Her recipes have been featured in Food & Wine magazine and annual cookbook, as well as People, InStyle, LA Weekly, Bake from Scratch, and Taste of the South. She was born and raised in Alabama, but now lives in Los Angeles with her husband, their two children, and their French bulldog. 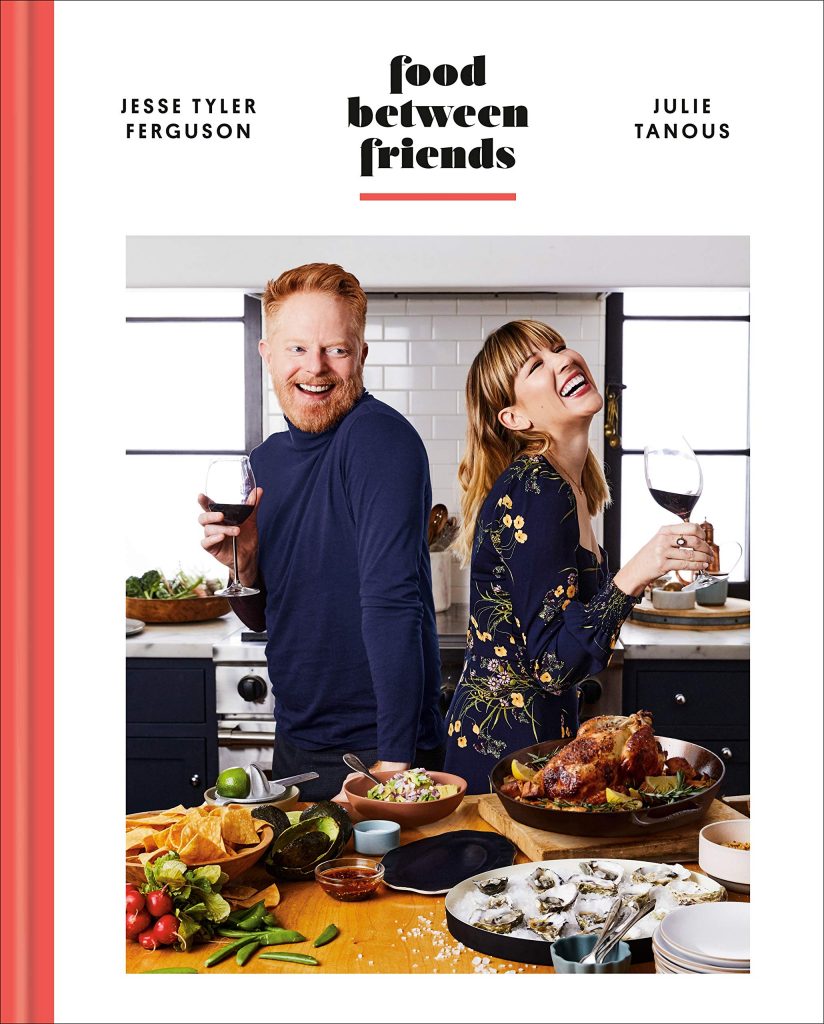 Best friends Jesse Tyler Ferguson, star of Modern Family, and recipe developer Julie Tanous pay homage to their hometowns as they whip up modern California food with Southern and Southwestern spins in their debut cookbook.

Modern Family star Jesse Tyler Ferguson and chef Julie Tanous love to cook together. They love it so much that they founded a blog, and now put all their favorite recipes into a cookbook for you to dig into with the people you love.

In Food Between Friends, they cook up delightful food, spiced with fun stories pulled right from their platonic marriage.

Drawing inspiration from the regional foods of the South and Southwest they grew up with, Jesse and Julie put smart twists on childhood favorites, such as Hatch Green Chile Mac and Cheese, Grilled Chicken with Alabama White BBQ Sauce, and Little Grits Soufflés.

So come join Jesse and Julie in the kitchen. This book feels just like cooking with a friend—because that’s exactly what it is.