Join in a virtual event with bestselling authors R.O. Kwon and Garth Greenwell to launch their dynamic anthology of short fiction, “Kink: Stories.”

R.O. Kwon’s nationally bestselling first novel, The Incendiaries, is published by Riverhead, and it is being translated into seven languages. Named a best book of the year by over forty publications, The Incendiaries was a finalist for the National Book Critics Circle John Leonard Award for Best First Book and Los Angeles Times First Book Prize. Kwon’s writing has appeared in The New York Times, The Guardian, The Paris Review, NPR, and elsewhere. She is a National Endowment for the Arts fellow.

Garth Greenwell is the author of What Belongs to You, which won the British Book Award for Debut of the Year, was longlisted for the National Book Award, and was a finalist for six other awards, including the PEN/Faulkner Award, the James Tait Black Memorial Prize, and the Los Angeles Times Book Prize. A New York Times Book Review Editors’ Choice, it was named a Best Book of 2016 by over fifty publications in nine countries, and is being translated into more than a dozen languages. His second book of fiction, Cleanness, was published in 2020. His fiction has appeared in The New Yorker, The Paris Review, A Public Space, and VICE, and he has written criticism for The New Yorker, the London Review of Books, and The New York Times Book Review, among others. A 2020 Guggenheim Fellow, he lives in Iowa City. 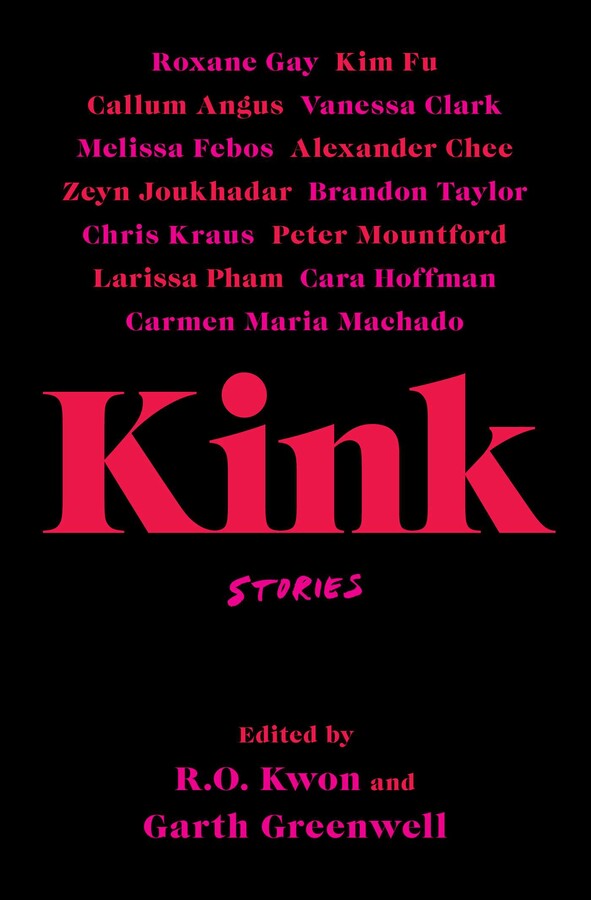 The stories within explore bondage, power-play, and submissive-dominant relationships; we are taken to private estates, therapists’ offices, underground sex clubs, and even a sex theater in early-20th century Paris. While there are whips and chains, sure, the true power of these stories lies in their beautiful, moving dispatches from across the sexual spectrum of interest and desires, as portrayed by some of today’s most exciting writers.