Celebrate the inauguration with this special event featuring “The Best Presidential Writing” with author Craig Fehrman.

Craig Fehrman is a journalist and historian who’s written for The New York Times, The Washington Post, and The Wall Street Journal, among others. He lives in Indiana with his wife and children. 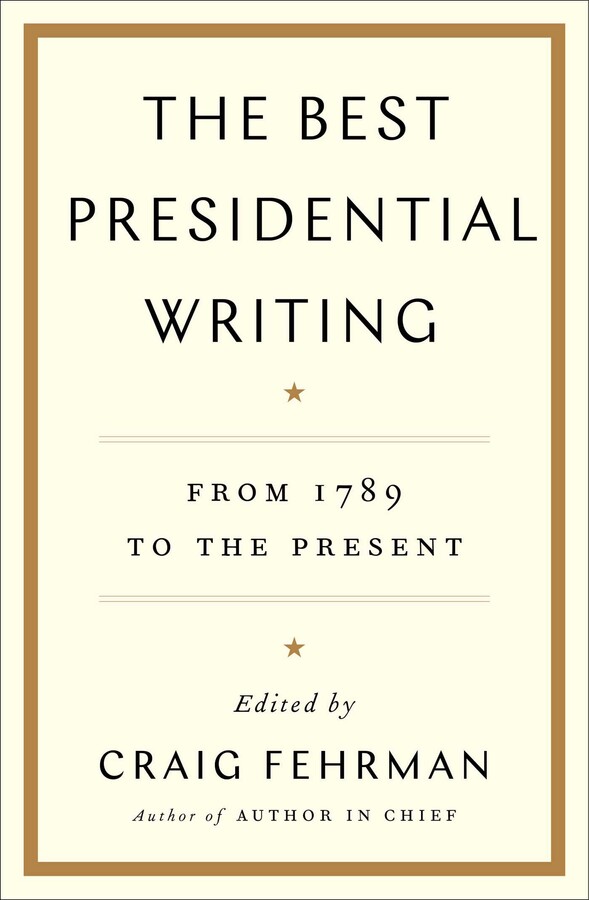 A sweeping, groundbreaking, and comprehensive treasury of the most essential presidential writings, featuring a richly varied mix of the beloved and the little-known, from stirring speeches and shrewd remarks to behind-the-scenes drafts and unpublished autobiographies.

From the early years of our nation’s history, when George Washington wrote his humble yet powerful Farewell Address, to our current age, when Barack Obama delivered his moving speech on the fiftieth anniversary of the Selma-to-Montgomery marches, America’s presidents have upheld a tradition of exceptional writing. Now, for the first time, the greatest presidential writings in history are united in one monumental treasury: the very best campaign orations, early autobiographies, presidential speeches, postpresidential reflections, and much more.

In these pages, we see not only the words that shaped our nation, like Abraham Lincoln’s Emancipation Proclamation and Franklin D. Roosevelt’s Infamy speech, but also the words of young politicians claiming their place in our history, including excerpts from Woodrow Wilson’s Congressional Government and Obama’s career-making convention speech, and the words of mature leaders reflecting on their legacies, including John Adam’s autobiography and Harry S. Truman’s Memoirs. We even see hidden sides of the presidents that the public rarely glimpses: noted outdoorsman Teddy Roosevelt’s great passion for literature or sunny Ronald Reagan’s piercing childhood memories of escorting home his alcoholic father.

More than simply a curation of must-read presidential writings, this unique collection presents the story of America itself, told by its highest leaders. What is America? Who is America for? What will America become? Since our nation’s founding, different presidents have offered different answers. In their writings, we see frontiers expand, ideals transform, and novel ideas take root. Even the most famous speeches find new meanings or fresh connections when read in this sweeping context, making The Best Presidential Writing a trove full of insight and an essential historical document.