Join Lil Nas X for A LiveSigning of “C Is for Country.”

Lil Nas X is a Grammy Award-winning rapper, singer, and songwriter from Georgia. He rose to fame in 2019 when his genre-shattering hit song “Old Town Road” went viral and became the longest-running #1 single on the Billboard Hot 100. Dubbed “an internationally recognized phenomenon” by Billboard, Lil Nas X and the Diamond-certified song have been recognized with various major awards from several areas of the music industry, including two Grammys and a Country Music Association Award. He is the first Black, openly gay rapper to be nominated for and win a Grammy Award. He has been featured on the cover of TIME magazine, was named one of their 25 most influential people on the Internet, and was also included on Forbes‘s 2020 30 under 30 list. In addition to being a master musician, Lil Nas X is a social media superstar with over 12.5 million followers across apps. Find him on Instagram and Twitter at @lilnasx. 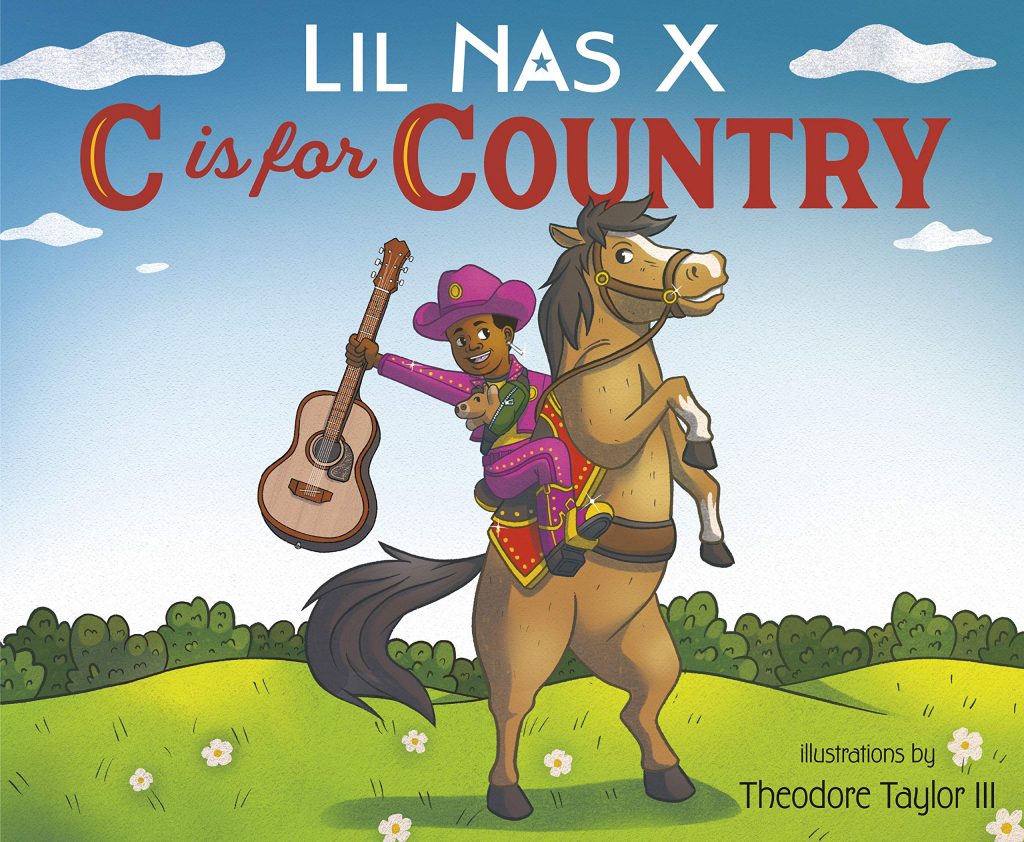 Parents who play Grammy winner Lil Nas X’s 12-times platinum single Old Town Road on repeat will want to take their kids and ride on over to this ABC picture book from the music mega-star!

A is for adventure. Every day is a brand-new start!
B is for boots—whether they’re big or small, short or tall.
And C is for country.

Join superstar Lil Nas X—who boasts the longest-running #1 song in history—and Panini the pony on a joyous journey through the alphabet from sunup to sundown. Experience wide-open pastures, farm animals, guitar music, cowboy hats, and all things country in this debut picture book that’s perfect for music lovers learning their ABCs and for anyone who loves Nas’s signature genre-blending style.

Featuring bold, bright art from Theodore Taylor III, with plenty of hidden surprises for Nas’s biggest fans, C Is for Country is a celebration of song and the power inside us all.