SARA SHEPARD is the #1 New York Times bestselling author of the Pretty Little Liars series, the Perfectionists series, and many more novels for teens and adults. She lives with her family in Pittsburgh. @saracshepard on Instagram; @sarabooks on Twitter

LILIA BUCKINGHAM is a sixteen-year-old writer, actress, dancer, and student. Though she has a strong social media presence, Lilia hates the term “influencer” but loved writing INFLUENCE. She lives in Los Angeles with her mother, brother, and two dogs. @lilia on Instagram; @BuckinghamLilia on Twitter 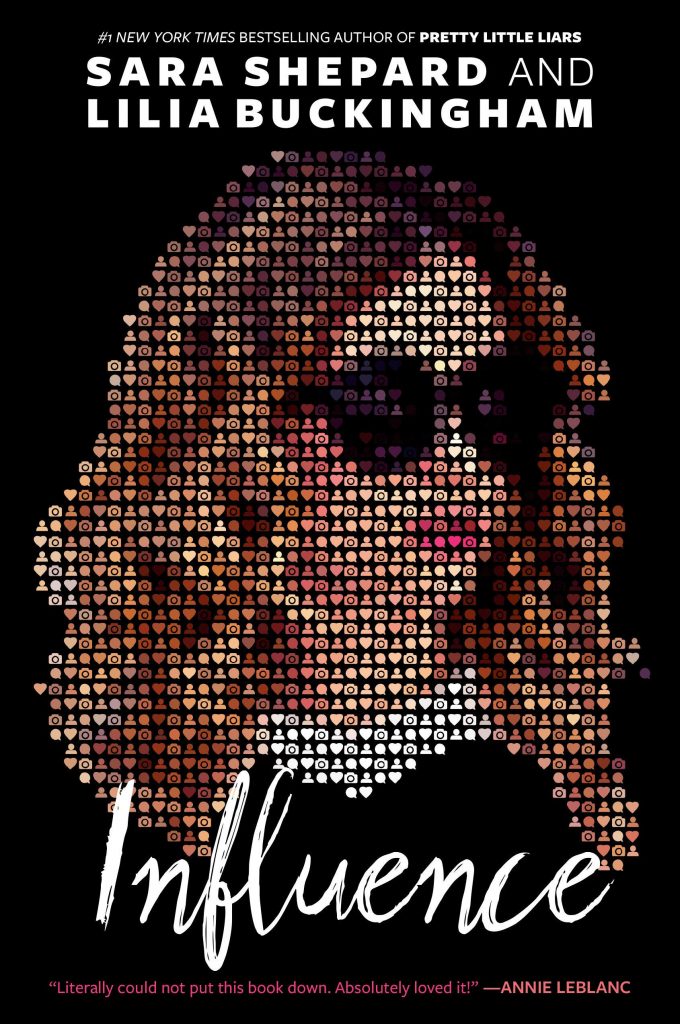 After a video she makes goes viral, everyone knows Delilah Rollins. And now that she’s in LA, Delilah’s standing on the edge of something incredible. Everything is going to change. She has no idea how much.

Jasmine Walters-Diaz grew up in the spotlight. A child star turned media darling, the posts of her in her classic Lulu C. rainbow skirt practically break the Internet. But if the world knew who Jasmine really was, her perfect life? Canceled.

Fiona Jacobs is so funny—the kind of girl for whom a crowd parts—no wonder she’s always smiling! But on the inside? The girl’s a hot mess. And when someone comes out of the shadows with a secret from her past, it’s one that won’t just embarrass Fiona: it will ruin her.

Who wouldn’t want to be Scarlet Leigh? Just look at her Instagram. Scarlet isn’t just styled to perfection: she is perfection. Scarlet has a gorgeous, famous boyfriend named Jack and there’s a whole fanbase about their ship. To everyone watching online, their lives seem perfect . . . but are they really? The sun is hot in California . . . and someone’s going to get burned.