Join for a virtual event with James Sullivan, author of “Unsinkable: Five Men and the Indomitable Run of the USS Plunkett.”

James Sullivan was born and raised in Quincy, Massachusetts, and has an MFA from the Iowa Writers’ Workshop. He has written for The New York Times and National Geographic Traveler, the magazine. He lives with his family outside Portland, Maine, 3.4 miles from the birthplace of film director John Ford, who steamed into Omaha Beach on Plunkett. 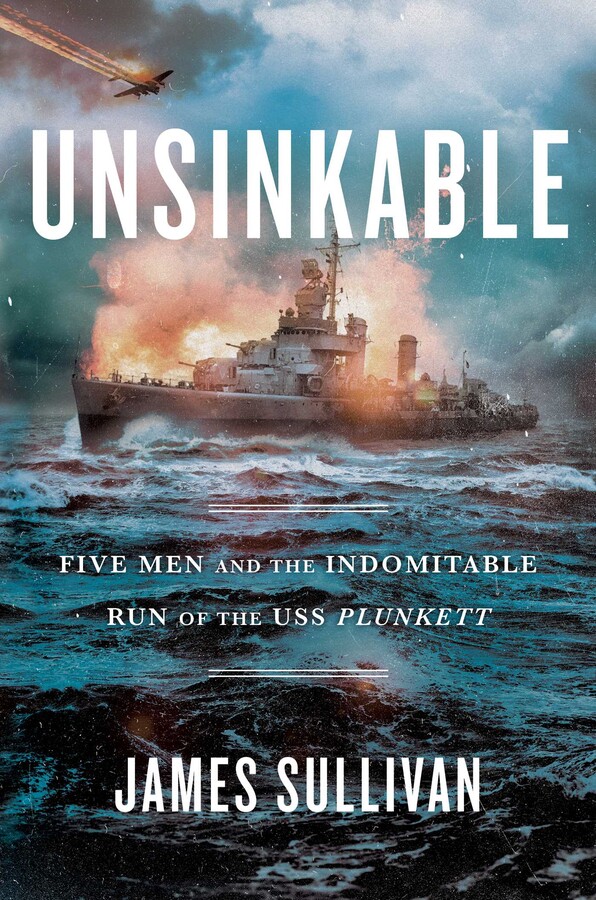 In the bestselling tradition of Indianapolis and In Harm’s Way comes a thrilling and vividly told account of the USS Plunkett—a US Navy destroyer that sustained the most harrowing attack on any Navy ship by the Germans during World War II, that gave as good as it got, and that was later made famous by John Ford and Herman Wouk.

More than the story of a single, savage engagement, Unsinkable traces the individual journeys of five men on one ship from Casablanca in North Africa, to Sicily and Salerno in Italy and then on to Plunkett’s defining moment at Anzio, where a dozen-odd German bombers bore down on the ship in an assault so savage, so prolonged, and so deadly that one Navy commander was hard-pressed to think of another destroyer that had endured what Plunkett had. After a three-month overhaul and with a reputation rising as the “fightin’est ship” in the Navy, Plunkett (DD-431) plunged back into the war at Omaha Beach on D-Day, and once again into battle during the invasion of Southern France—perhaps the only Navy ship to participate in every Allied invasion in the European theatre.

Featuring five incredibly brave men—the indomitable skipper, who will receive the Navy Cross; the gunnery officer, who bucks the captain every step of the way to Anzio; a first lieutenant, who’s desperate to get off the ship and into the Pacific; a seventeen-year-old water tender, who’s trying to hold onto his hometown girl against all odds, and another water tender, who mans a 20mm gun when under aerial assault—the dramatic story of each plays out on the decks of the Plunkett as the ship’s story escalates on the stage of the Mediterranean. Based on Navy logs, war diaries, action reports, letters, journals, memoirs, and dozens of interviews with the men who were on the ship and their families, Unsinkable transcends historical appreciation of a single military ship to become a timeless evocation of young men stepping up to the defining experience of their lives.