Join for a discussion on Riedel’s new book, “Singular Sensation.”

Michael Riedel has been the theater columnist for the New York Post since 1998. New York magazine has called his column a “must-read” for the theater world. Michael began his radio career as regular on the Imus in the Morning show in 2011. In 2017 WOR, New York’s oldest and highest-rated station, asked him to cohost its morning show with well-known sportscaster Len Berman. The Len Berman and Michael Riedel in the Morning show is the highest-rated morning radio program in the New York City area. Michael’s book Razzle Dazzle: The Battle for Broadway won the Marfield Prize for arts writing in 2015 and is widely considered to be the successor to William Goldman’s celebrated 1967 book about Broadway, The Season. A graduate of Columbia University, Michael lives in the West Village. 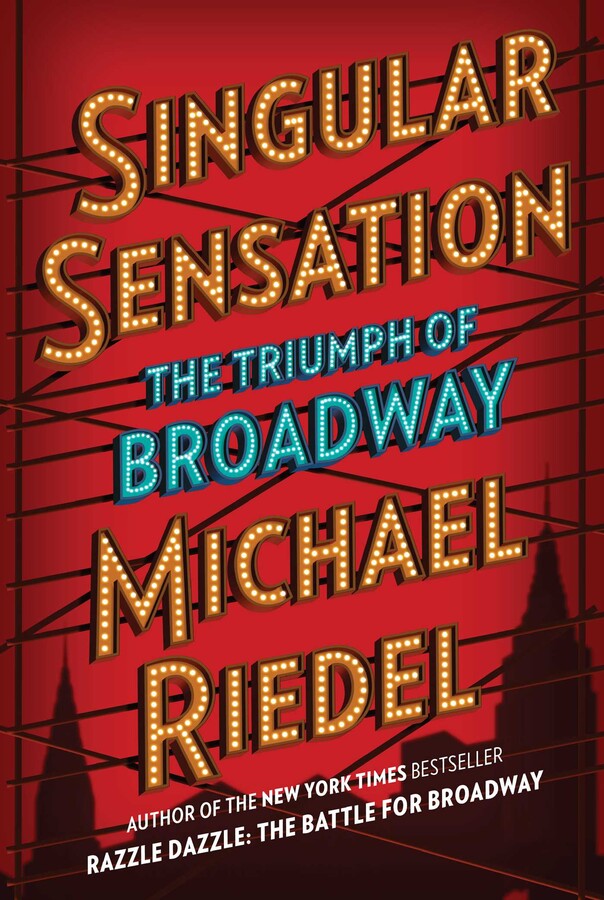 The extraordinary story of a transformative decade on Broadway, featuring gripping behind-the-scenes accounts of shows such as Rent, Angels in America, Chicago, The Lion King, and The Producers—shows that changed the history of the American theater.

The 1990s was a decade of profound change on Broadway. At the dawn of the nineties, the British invasion of Broadway was in full swing, as musical spectacles like Les Miserables, Cats, and The Phantom of the Opera dominated the box office. But Andrew Lloyd Webber’s Sunset Boulevard soon spelled the end of this era and ushered in a new wave of American musicals, beginning with the ascendance of an unlikely show by a struggling writer who reimagined Puccini’s opera La Bohème as the smash Broadway show Rent. American musical comedy made its grand return, culminating in The Producers, while plays, always an endangered species on Broadway, staged a powerful comeback with Tony Kushner’s Angels in America. A different breed of producers rose up to challenge the grip theater owners had long held on Broadway, and corporations began to see how much money could be made from live theater.

And just as Broadway had clawed its way back into the mainstream of American popular culture, the September 11 attacks struck fear into the heart of Americans who thought Times Square might be the next target. But Broadway was back in business just two days later, buoyed by talented theater people intent on bringing New Yorkers together and supporting the economics of an injured city.

Michael Riedel presents the drama behind every mega-hit or shocking flop, bringing readers into high-stakes premieres, fraught rehearsals, tough contract negotiations, intense Tony Award battles, and more. From the bitter feuds to the surprising collaborations, all the intrigue of a revolutionary era in the Theater District is packed into Singular Sensation. Broadway has triumphs and disasters, but the show always goes on.