Colonel Brian M. Michelson, U.S. Army, Retired Over the course of his career, Col. Michelson has served in a number of diverse units including XVIII Airborne Corps, the 101st Airborne Division (Air Assault), the 97th Civil Affairs Battalion (Airborne), United States Special Operations Command (USSOCOM), and Joint Special Operations Command (JSOC). His military duties have taken him to numerous overseas locations including Laos, the Philippines, Indonesia, Cambodia, Bangladesh, the Maldives, Sri Lanka, the Republic of Korea, Thailand, Panama, Iraq, and Afghanistan. Colonel Michelson holds a Bachelor of Science degree from West Point, a Master of Business Administration from Webster University, a Master of Strategic Studies from the United States Army War College. He has served as a Senior Fellow at the Atlantic Council in Washington, DC. 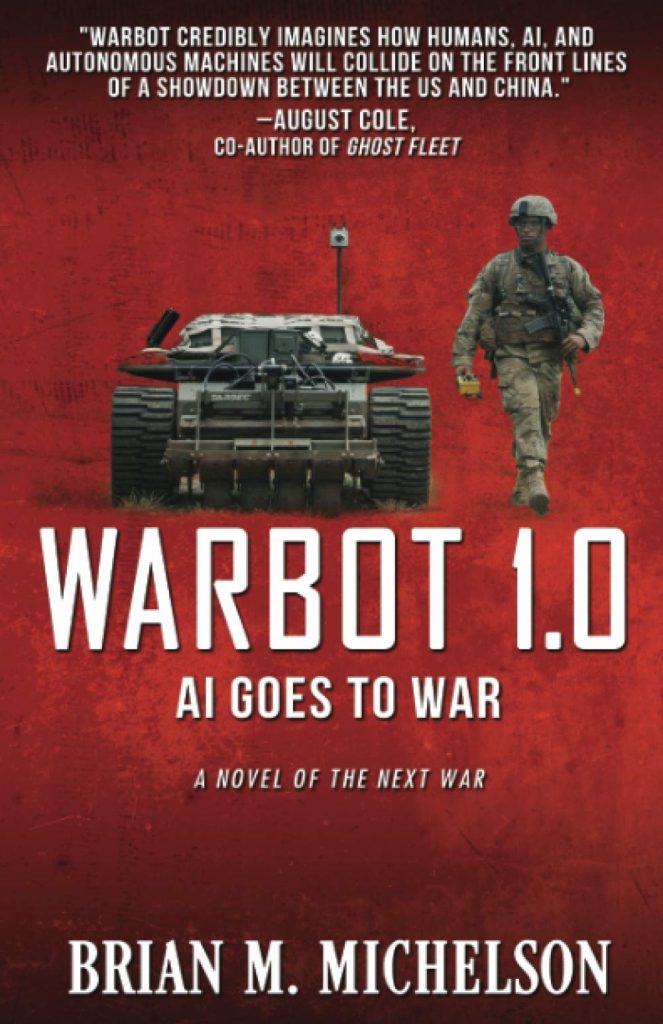 “Artificial intelligence is the future, not only of Russia, but of all mankind. Whoever becomes the leader in this sphere will become ruler of the world.” Vladimir Putin, 2017

Warbot 1.0 offers a compelling picture of future combat as teams of Chinese, American and Filipino soldiers, enabled by AI and robotic systems, fight for their lives in a battlefield full of deadly new technologies.

Set in 2033, China’s neighbors increasingly chafe at its heavy-handed efforts to dominate them. Taiwan teeters on the brink of declaring independence. When the newly elected president of the Republic of the Philippines attempts to eject Chinese military forces from his country, the People’s Republic of China launches a punitive expedition against the Philippines as an object lesson for the other nations bordering the South China Sea.

Despite the changing character of war now dominated by the weaponization of artificial intelligence, robotics, big data, cyber, and all form of media, its nature remains the same: a brutal, deadly, and complicated contest of wills by the humans who have to fight it.