K. A. Applegate is the author of the bestselling Animorphs series, as well as the Remnants and Everworld series, Home of the Brave, and the Roscoe Riley Rules series. She lives in Tiburon, California.

Chris Grine is an artist and writer for Hallmark where he creates humorous greeting cards. Chickenhare was nominated for an Eisner Award for best publication for a younger audience in 2007. Chris lives in Kansas City, Missouri, with his wife and their daughter. 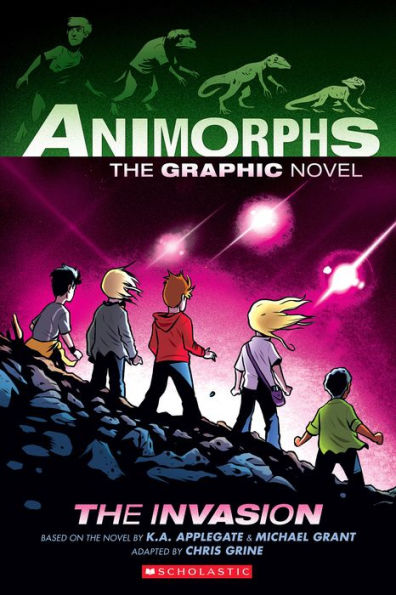 Sometimes weird things happen to people. Ask Jake. He could tell you about the night he and his friends saw a strange light in the sky that seemed to be heading right for them. That was the night five normal kids learned that humanity is under a silent attack — and were given the power to fight back.

Now Jake, Rachel, Cassie, Tobias, and Marco can transform into some of the most dangerous creatures on Earth. And they must use that power to outsmart an evil greater than anything the world has ever seen. . . .