Blake Hazard is a singer songwriter living in Los Angeles. She and her band, The Submarines, have toured internationally behind their three albums, and have also licensed their songs for film and television. She is the great grand-daughter of F. Scott Fitzgerald and serves as a trustee of the Fitzgerald Estate. 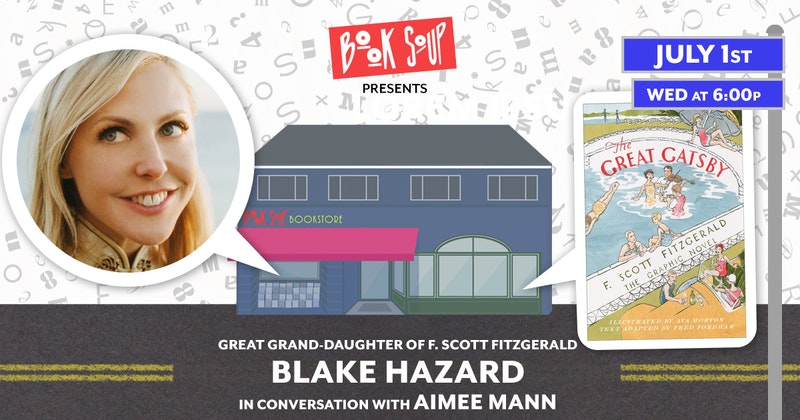 First published in 1925, The Great Gatsby has been acclaimed by generations of readers and is now reimagined in stunning graphic novel form. Jay Gatsby, Nick Carraway, Daisy Buchanan, and the rest of the cast are captured in vivid and evocative illustrations by artist Aya Morton. The iconic text has been artfully distilled by Fred Fordham, who also adapted the graphic novel edition of To Kill a Mockingbird. Blake Hazard, F. Scott Fitzgerald’s great-granddaughter, contributes a personal introduction.

This quintessential Jazz Age tale stands as the supreme achievement of Fitzgerald’s career and is a true classic of 20th-century literature. The story of the mysteriously wealthy Gatsby and his love for the beautiful Daisy is exquisitely captured in this enchanting and unique edition.