Join a reading, conversation, and book signing by women artists on their profound and turbulent experiences of migration through the lenses of politics and war, love and family.

Grace Aneiza Ali is an independent curator and a faculty member in the Department of Art and Public Policy, Tisch School of the Arts, NYU. She has organized two major exhibitions in the US focused on contemporary Guyanese artists at Aljira, a Center for Contemporary Art and the Caribbean Cultural Center African Diaspora Institute. Ali is also the Editorial Director of the award-winning OF NOTE, an online magazine that features global artists using the arts as catalysts for activism and social change. Ali is a Fulbright Scholar, World Economic Forum Global Shaper, and Andy Warhol Foundation for the Visual Arts Curatorial Fellow. She was born in Guyana and lives in New York City.

Kathy Engel is Associate Arts Professor and Chair of the Department of Art & Public Policy, Tisch School of the Arts, New York University. Between 1980 and 2008, she co-founded and worked as an organizer, director, cultural worker, producer, communications and strategic consultant for numerous social justice projects and organizations, locally, nationally, and internationally. Her poems and essays have appeared widely in journals and anthologies. Books include Ruth’s Skirts (2007); The Kitchen, accompanying the art of German Perez (2011); and Banish the Tentative (1987). She co-edited We Begin Here: Poems for Palestine and Lebanon with Kamal Boullata (2007). She is co-producer of the videos talking nicaragua (1983), and On The Cusp (2008).

Ellyn Toscano is Senior Director of Programing, Partnerships and Community Engagement, NYU in Brooklyn and former Executive Director of New York University Florence, Italy. She is the founder of La Pietra Dialogues and the founding producer of The Season, a summer arts festival in Florence. Toscano co-organized Black Portraitures conference at NYU Florence and produced the exhibition ReSignifications in Florence. Earlier, Toscano served as Chief of Staff and Counsel to Congressman Jose Serrano of New York, was his chief policy advisor and directed his work on the Appropriations Committee. Toscano also served as counsel to the New York State Assembly Committee on Education for nine years and served on the boards of The Bronx Museum of the Arts and the Brooklyn Academy of Music, among others. A lawyer by training, Toscano earned an LLM in International Law from New York University School of Law. 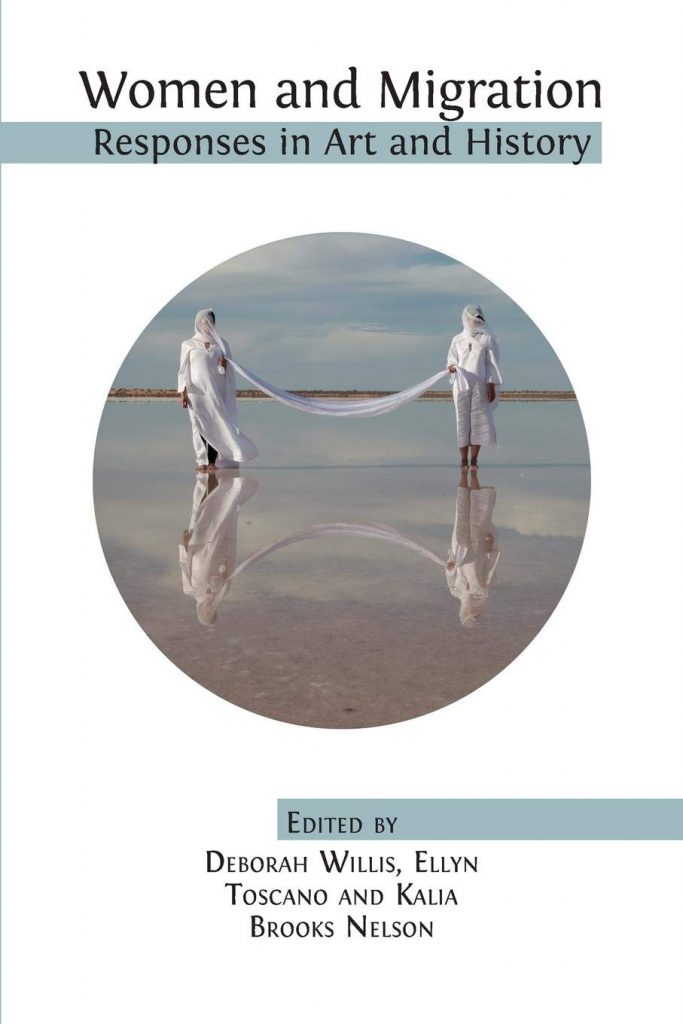 The essays in this book chart how women’s profound and turbulent experiences of migration have been articulated in writing, photography, art and film. As a whole, the volume gives an impression of a wide range of migratory events from women’s perspectives, covering the Caribbean Diaspora, refugees and slavery through the various lenses of politics and war, love and family.

The contributors, which include academics and artists, offer both personal and critical points of view on the artistic and historical repositories of these experiences. Selfies, motherhood, violence and Hollywood all feature in this substantial treasure-trove of women’s joy and suffering, disaster and delight, place, memory and identity.

This collection appeals to artists and scholars of the humanities, particularly within the social sciences; though there is much to recommend it to creatives seeking inspiration or counsel on the issue of migratory experiences.